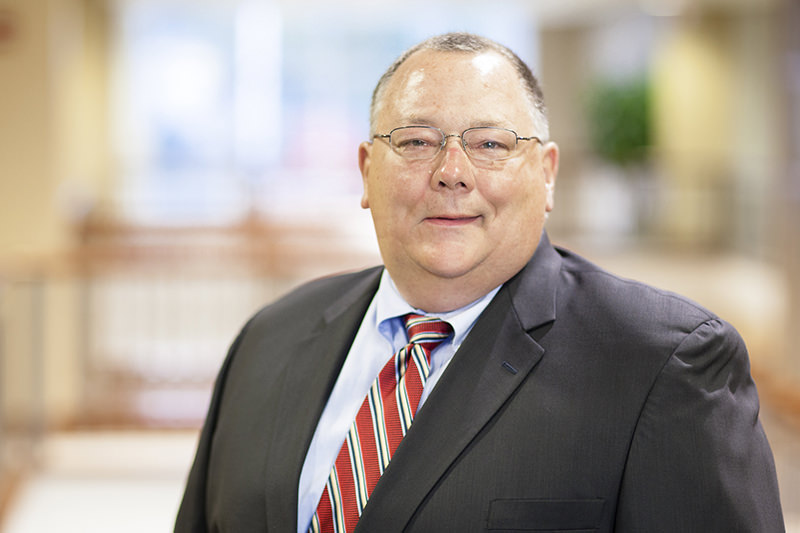 East Central College is proud to announce Dr. David Chalk will serve as the speaker for the Adult Education and Literacy Graduation Ceremony on May 11, 2019.

Dr. Chalk is president of Mercy Clinic Four Rivers, where he oversees 40 clinics in 14 local towns.  Dr. Chalk is also an orthopedic surgeon with the group, which has more than 180 integrated physicians and advanced practitioners.

“Dr. Chalk has a long history with the East Central College service area,” said Joel Doepker, vice president of external relations. “He has been a past and current member of the board of directors for the Washington Area Chamber of Commerce and the Bank of Washington. He also served as both vice president and president of the East Central College Foundation. We are honored to have him speak at such an inspiring event.”

Dr. Chalk and his wife, Eileen, have three children – Meredith, Colin and Brendan.  In his free time, he enjoys spending time outdoors on his farm with his Texas Longhorn cattle.  He is also an avid sports fan. He regularly cheers on his alma mater football squad at Cornell University, where he lined up as a defensive tackle while earning his bachelor’s degree from 1977 to 1981.

The Adult and Literacy Graduation Ceremony will be held in the East Central College theater at 2 p.m.