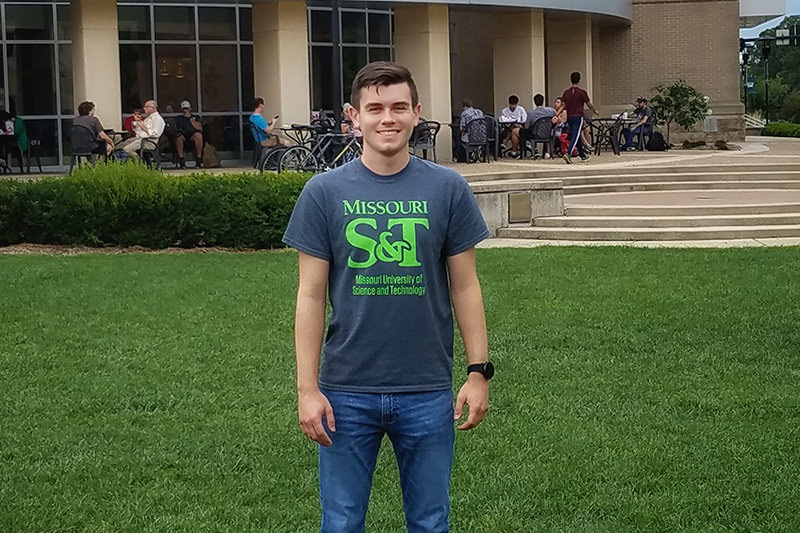 He’s the type of person who likes to figure things out. It’s why Blake Bohl decided to become an engineer.

“I enjoy problem solving and determining the most effective solution to a given problem,” the Owensville native explained. “I enjoy studying engineering because I know I will eventually be in a place where I can improve the quality of life for many people, and I know I will enjoy doing it.”

Bohl got his start at East Central College.

“Instructors at ECC not only challenged me to do my best on my coursework, but also helped me to understand what I really wanted to do with my life,” he said.

He is now continuing his education at Missouri S&T, where he is pursuing a Bachelor’s Degree in Electrical Engineering.

“East Central College helped set me up for success at Missouri S&T,” He said. “At ECC, I got out what I put in. The harder I studied, the more my instructors noticed and were able to get to know me better.  Although she was not the only one, Linda Arrington played a big role in who I became at ECC and what I am going to become at Missouri S&T.”

He received a bit of good news this semester. Bohl was one of only six students in an eight-state region to receive the Weary Scholarship – designed to help deserving, academically-oriented students to further their college education.

“I was ecstatic! I felt an incredible amount of joy, but also relief,” he said. “This scholarship will cover roughly half of this semester’s costs and allow me to spend more time studying, or participating in clubs and design teams rather than working as much.”

East Central College and Missouri S&T have had a thriving transfer partnership for more than 40 years. Originally established for the benefit of engineering students, the partnership has expanded to include students majoring in more than 40 different degree programs.