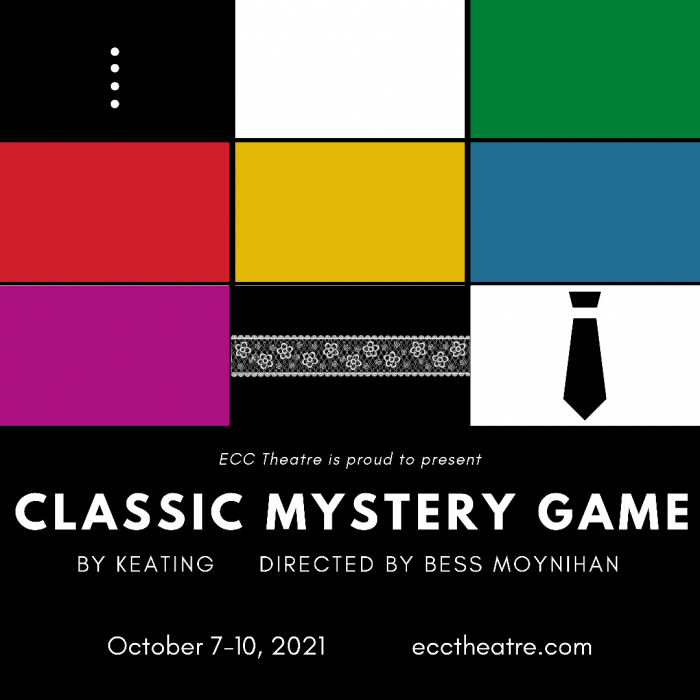 Auditions to be Held for ‘Classic Mystery Game’

The East Central College Theatre Department has announced the 2021-22 season’s slate of performances, kicking off with “Classic Mystery Game,” a parody of the 1985 movie, “Clue.”

The next step for the department is to hold auditions for the interactive performance that will ask the audience “Whodunit?”

She added that the readings will be available here beginning Tuesday, Aug. 10. Actors will be masked during auditions and rehearsals.

Not a Typical Show

Austin said the “Classic Mystery Game” is not a typical performance because the audience will have a say in the outcome and will be asked to vote on who they think is guilty.

The show will be directed by Bess Moynihan and performances will be held Oct. 7-10. Audience members will be masked and socially distanced.

“We’re hoping to make the experience as normal as possible and we are really encouraging people to come out and support the department,” Austin said.

“We are so grateful for all of the support we had last year for the outdoor theatre and we are really hoping that people want to come and spend time with us indoors this year in a safe manner.”

“Classic Mystery Game,” written by Keating, parodies the movie “Clue,” written by Jonathan Lynn which was based on the game, CLUEDO (known as Clue in North America.), created by Anthony E. Pratt.

The show will offer a look at life through the lens of the iconic film, and Clue, the family game night favorite with thrills, spills and, of course- kills.

The following roles are available to any actors age 16 and up:

More information about auditions can be found here.