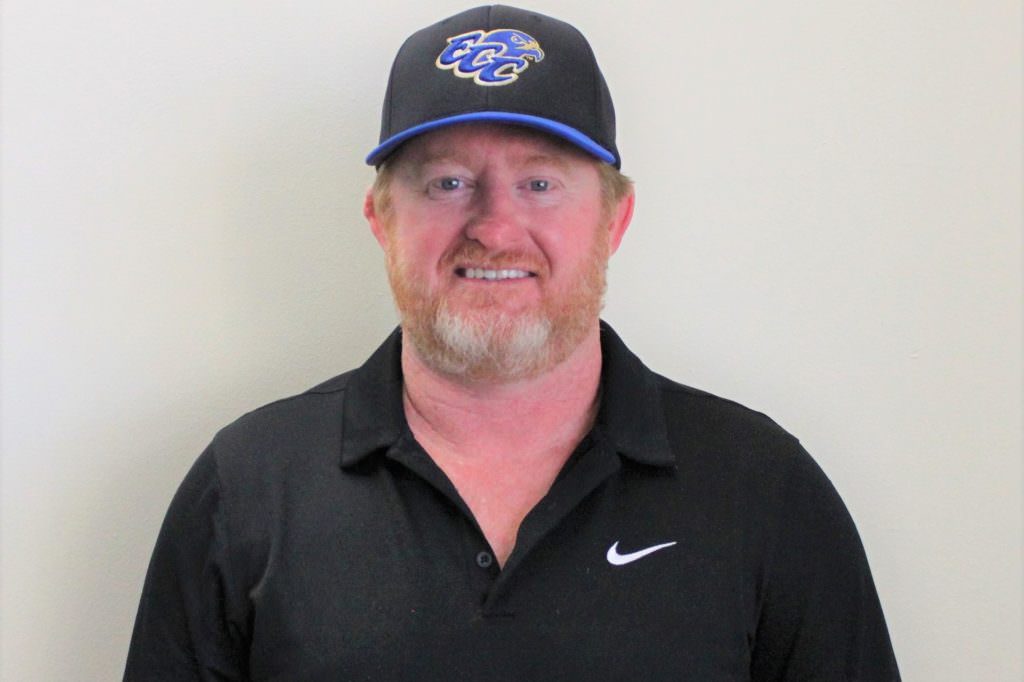 East Central College has hired an experienced skipper to lead the Falcons Baseball team when they take the field in the Spring 2022.

Rains has been a head coach in the National Junior College Athletic Association (NJCAA) since 2010 when he began managing the squad at Brookhaven College, Dallas, Texas.

Coach Rains has been a member of the American Baseball Coaches Association (ABCA) for the 20 years. He was selected as ABCA Coach of the Year in 2013, 2017, 2018 and 2019. In 2013 and 2019 he also was part of the coaching staff of the Texas New Mexico Junior College Coaches Association All-Star Game.

Rains will begin his duties at ECC by recruiting the entire squad over the next year, and preparing them to take the diamond in fall of 2021.

The ECC Athletic Department and Foundation will be raising funds to renovate the baseball field through the winter of 2020 to have the field playable in the fall of 2021.

Coach Rains took over head coaching duties at NJCAA DIII Brookhaven College in Dallas, Texas, in the Fall of 2010.

During his staff’s first season, the Brookhaven Bears cracked the top 10 in the NJCAA polls for the first time in school history coming in at No. 9. Over the next nine seasons, Brookhaven remained in the NJCAA top 10 polls every year with the exception of one.

While at Brookhaven Coach Rains recruited and coached over 60 players with all conference or other post season awards including six NJCAA All Americans.

A native of Rotan, Texas, Rains came to Brookhaven College after spending eight consecutive winning seasons as the lead assistant coach and recruiting coordinator at the University of Texas at Dallas.

Coach Rains began his college baseball coaching career at the University of Saint Mary (NAIA) in Leavenworth, Kan. from 2000-2002