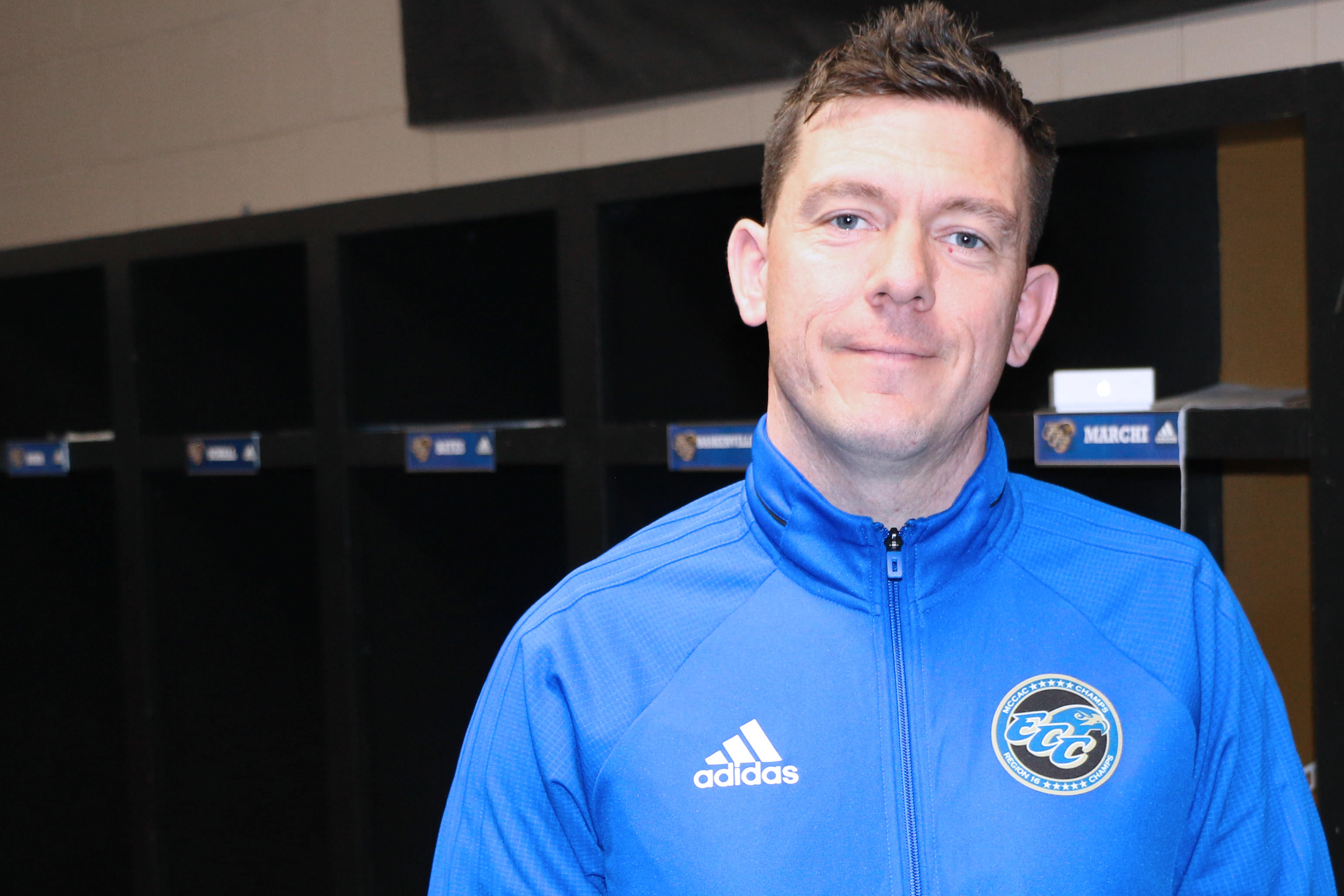 The excitement surrounding the announcement of the addition of new sports teams at East Central College is taking shape as Martin Clayes has been named the new, full-time combined men’s and women’s head soccer coach.

The ECC Board of Trustees Monday approved the hiring of Clayes to lead both teams.

Clayes is moving from his previous position as head men’s soccer coach at St. Louis Community College, where he won the 2019 NJCAA Region 16 Men’s DI Soccer Tournament in his first year in the position.

According to Jay Mehrhoff, ECC athletic director, Clayes will be instrumental in overseeing the start of new women’s program.

“His hopes are to elevate the women’s program to compete for the region title in the same way he feels the men’s program is ready to compete in the near future,” Mehrhoff said.

“Coach Clayes has a very knowledgeable soccer mind along with a passion for the sport.”

The coach began his new role at ECC Tuesday, Feb. 4.

“I am excited to help start the women’s program and improving the men’s team, and hopefully winning regional titles” Clayes said.

“I am beginning to integrate into the college and I am looking forward to helping students, not only in soccer and academic pursuits, but in life.”

A native of Scotland, Clayes came to the United States on a soccer scholarship to Truman State University where he was a member of the Bulldogs soccer squad during their most successful run in school history.

In 2005, he was named an NCAA DII 1st Team All-American as a midfielder. He ranks No. 2 all-time in career assists and No. 7 in career goals for the Truman State Bulldogs.

Along with his college experience, Clayes has coached at the professional level in the Premier Development League (PDL) with the St. Louis Lions and Chicago Fire. He has also spent time coaching at the youth level.

Prior to coaching at St. Louis Community College, he was the head men’s coach at Bacone College, Muskogee, Okla., in the 2017-18 season.