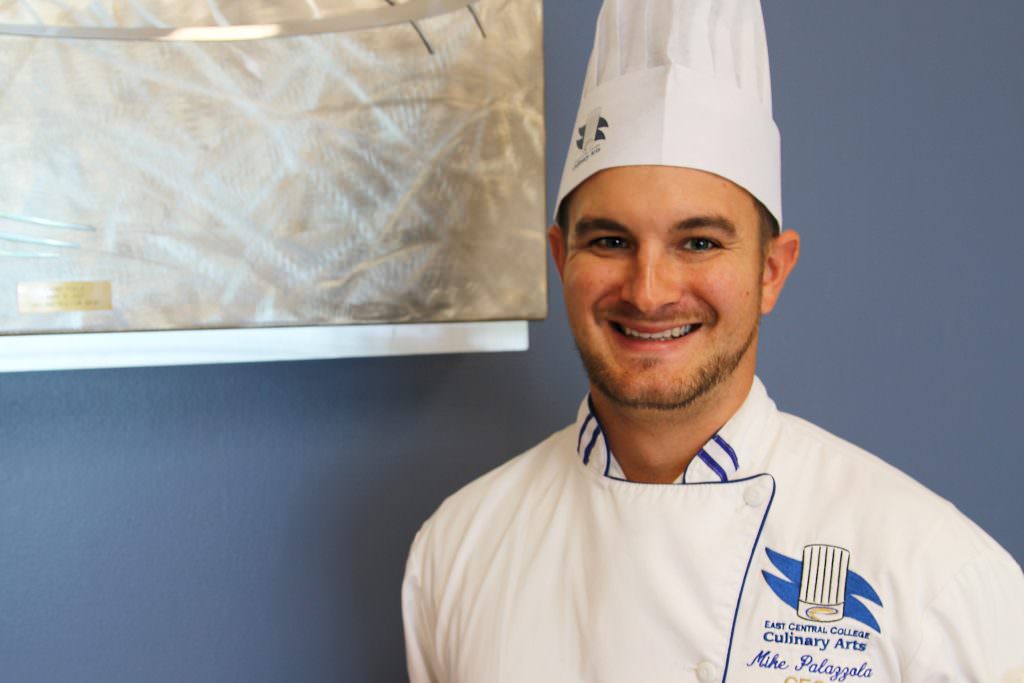 Chef Mike Palazzola, Certified Executive Chef (CEC), competed in the Chef of the Year Culinary Challenge on August 21, where he placed first. He was one of three chefs nominated to compete by the ACF committee out of the pool of CECs in the St. Louis Chefs de Cuisine. With his achievement, the ACF St. Louis Chefs de Cuisine Association awarded him with the title 2017 Chef of the Year.

“I was honored to even be nominated to compete,” Palazzola said. “It wasn’t going to matter to me if I won or not anymore because I had made it this far. I thank everyone that brought me closer to my success.”

Palazzola began his fourth year as a culinary instructor this year at ECC. In addition to this award, he has won Internationale Kochkunst Ausstellung (IKA) gold and silver medals from the 2008 International Culinary Exhibition in Germany. Palazzola has also competed in numerous regional and national competitions around the country.
A gala dinner honoring Palazzola for his achievement will be on Sunday, November 13 at 7 p.m at the Four Seasons Hotel in St. Louis.