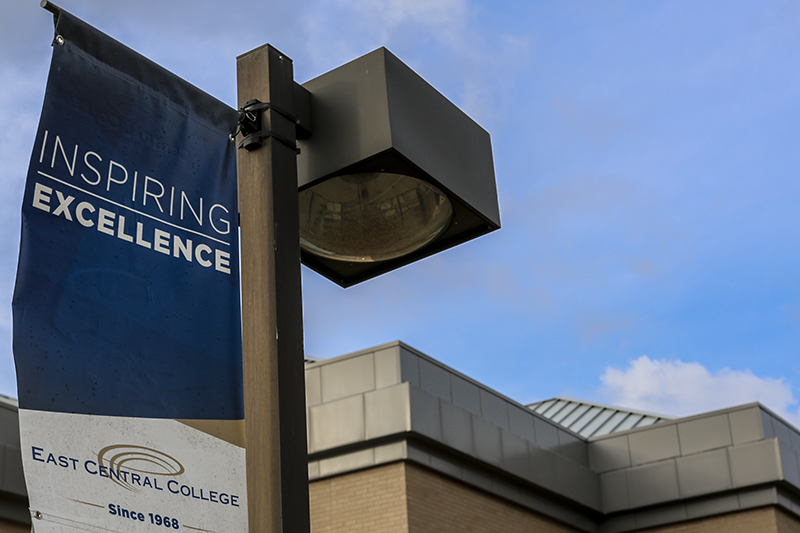 At the February Board of Trustees meeting, East Central College moved toward a greener, more environmentally friendly campus. A contract was awarded to Johnson Controls, Inc. to provide nearly $1.25 million in upgrades to campus infrastructure.

“This project will upgrade all lighting fixtures with LED high efficiency/performance lighting for both interior and exterior equipment,” said East Central College President Dr. Jon Bauer. “The improvements to the lights will lower the energy consumption and increase the amount of light on our parking lots which enhances our campus safety and security initiatives.”

The upgrade will deliver a guaranteed energy savings of more than $72,000 in the first year. “If the savings realized by the college are less than the guaranteed amount, Johnson Controls will pay East Central the difference,” said Dr. Bauer. “We will always achieve our target energy savings annually.”

The project will also include water fixture optimization, which will lessen the amount of leakage in current water fixtures. To increase the efficiency of heating, ventilating and air conditioning infrastructure, an upgraded control system will be incorporated to provide better regulation of campus buildings. According to Johnson Controls, local contractors will be utilized for the projects.

“All of these cost savings improvements are part of the College Master Plan,” said Dr. Bauer. That plan was approved in December 2015 by the Board of Trustees.

Also at the February meeting, the Board of Trustees approved a retirement incentive for full-time employees who are, or will become, eligible for state retirement in 2017. There are currently 23 employees who meet the stipulation. Eligible employees who participate in the incentive would receive a payment equivalent to one percent of base salary for every year of service at East Central, up to a maximum of 25 percent. Retirees would also receive the cash equivalent of one year of medical, vision and dental insurance.

If all eligible employees would participate, the net cost in year one would be approximately $50,000. In the second year, the savings to the institution is estimated to be $300,000.