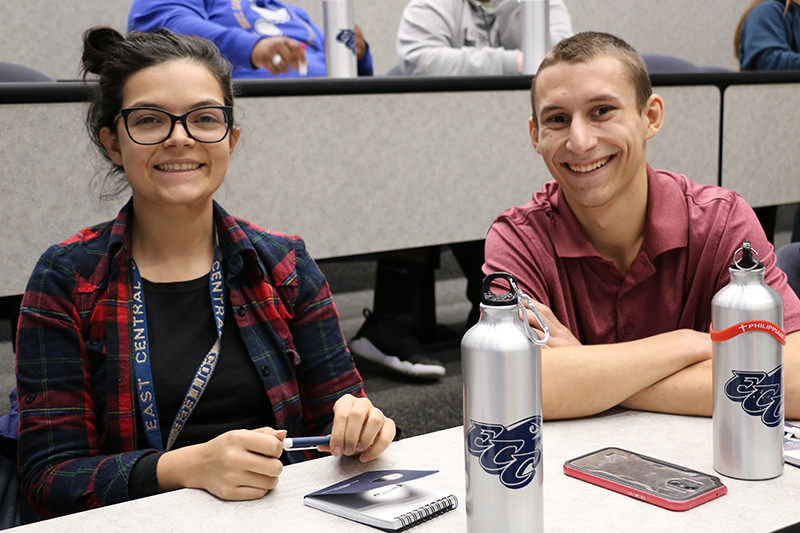 Each year, the National Council for Marketing and Public Relations recognizes outstanding achievement in design and communication in each of its seven districts. The Medallion Awards are exclusive to marketing and public relations professionals at two-year colleges.

In September, East Central College was informed it had been named a finalist in four Medallion Award categories for 2019 in district 5, which includes Iowa, Kansas, Minnesota, Missouri, Nebraska, North Dakota, South Dakota, the Canadian province of Manitoba, Puerto Rico and Virgin Islands.

“I’m proud of my communications and marketing team for being recognized for its excellent work,” said Joel Doepker, Vice President of External Relations. “This is a great honor from a well-respected organization.”

The college will now compete against two other colleges for bronze, silver and gold in the original photography, excellence in writing, college promotional brand video and social media categories. The awards will be announced at the annual district five fall conference in October.

The National Council for Marketing & Public Relations is a professional organization for individuals involved in marketing, communications, public relations and enrollment management at community, junior and technical colleges. NCMPR provides professional development opportunities, advocates on behalf of the profession and the institutions it serves, and recognizes professional excellence. NCMPR has more than 1,700 members from nearly 650 colleges across the United States and Canada.