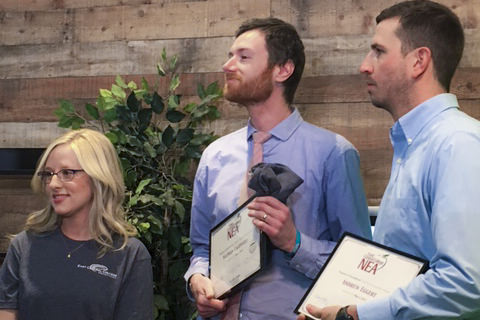 Educators have a profound effect on students in many capacities. However, they aren’t always thanked for their hard work and dedication.

“I sometimes assign students to write about their educational experiences,” said East Central College English Instructor Sue Henderson. “In conversations we have about their papers, students often mention teachers who have had a positive influence on them. When I ask if they have ever let their teachers know that, the answer is usually ‘no.’”

Henderson set out to change that. As president of the National Education Association (NEA) ECC chapter, she created the “Inspirers of Excellence” Award in 2017.

“We posed a challenge to our students,” she said. “We wanted to know what teacher had an impact on their lives. Who inspired you to do your best? Are you here at ECC because a teacher encouraged you along the way?”

The response was amazing, and 25 teachers were selected for the award!