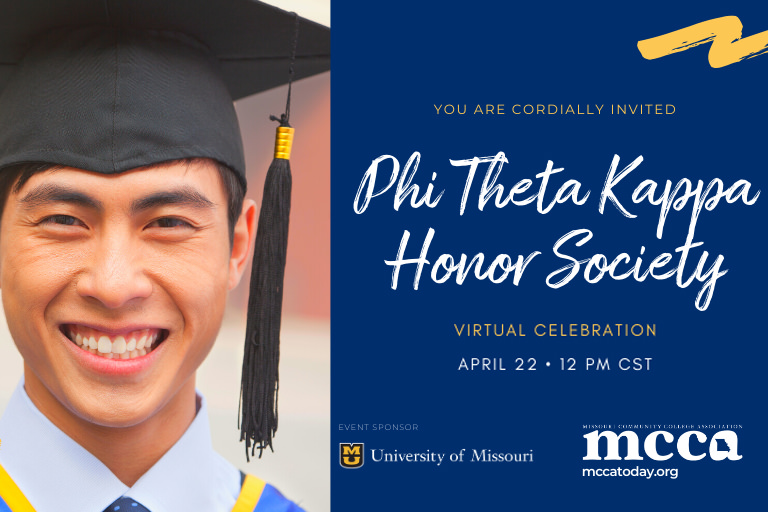 Four East Central College students who will recognized Wednesday, April 22, for being named to the All-Missouri Academic Team.

Four of five students who were nominated by ECC were named to the All-Missouri Academic Team. Each of the students will receive a cash scholarship from MCCA along with a medallion and certificate honoring their academic achievement.

Crystal Murphy — Academic All-Missouri First Team and a Coca-Cola Bronze Award scholarship winner. Crystal ranked in the top 5 for the state, and will receive an additional scholarship from the Coca-Cola Scholars Foundation (nominated by ECC-Rolla).

There are two “competition” levels, one for transfer-track students and one for students who are in workforce preparation programs (AAS and certificate-level programs). ECC is allowed to nominate up to two students for each pathway from both Union and Rolla.

To be eligible, students must have a minimum 3.5 GPA and be on track to graduate or complete their programs by the end of the fall semester. Students also are required to submit a lengthy application that involves writing essays and getting letters of recommendation to support their applications. The selection process happened during the previous fall semester, in which two students from both Union and Rolla were nominated by ECC.

Due to concerns regarding COVID-19, there will be a virtual celebration this year. It is scheduled for Wednesday, April 22, at noon.

Those who have signed up to participate in the celebration will receive an email with access information to view a greeting from the event sponsor, the University of Missouri, as well as the keynote speaker, Dr. Raymond Cummiskey, president of Jefferson College, Hillsboro.

In addition, 2020 PTK Honor Society award recipients could win a $100 Visa Gift Card by posting a photo of themselves watching the virtual celebration with a thoughtful comment from keynote speaker, Dr. Cummiskey. Students should tag their photo with #IAmPTK and #PTKMo on Facebook, Twitter and Instagram.

Academic All-Missouri students were to be recognized by MCCA at an awards luncheon April 24 at Stephens College in Columbia, Mo.