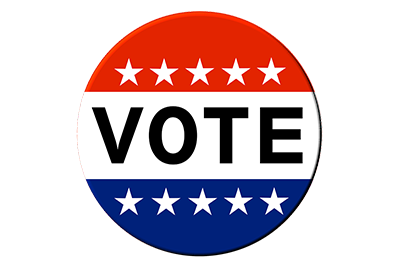 Election Day is a rite of passage into adulthood.  Casting a ballot, wearing an “I Voted” sticker, awaiting the popular vote results for the first time marks a significant moment in American citizenship.  Yet Millennials seem to show little interest in going to the polls compared to other age groups. According to East Central College History Professor Dr. Russ Henderson, young voters have a long history of remaining absent in elections and he has a theory about why.

He recently published an article on the subject for the History News Network. The article was inspired by his work on the 26th Amendment, which established eighteen as the national voting age in 1971.

Henderson became interested in youth suffrage during graduate school. “I was in my mid-twenties and that topic seemed to line up with where I was in my life,” he explained. “I thought researching young people and their political ideologies would be something I could explore for a lifetime as a historian.”

So far, his examination of the topic has come to several conclusions. Many of them are very relevant to the current political climate.

On the surface, it would appear the youth vote is extremely important. However, Dr. Henderson says it is a little more complicated than that.

“Nearly 55% of all eligible voters between ages 18 and 29 cast ballots in the 2008 election,” he said. “It was their highest turnout since 1972. While they overwhelmingly supported Barack Obama over John McCain, youth didn’t make as much of a difference in the final outcome as the media touted.”

“Young voters are often a ‘springboard’ for candidates to drive their campaigns forward,” Dr. Henderson said, “but candidates ultimately end up fighting over the 35-65 age demographic to win elections.”

Is that why more Millennials are not registering to vote? Do they believe their vote doesn’t matter? Dr. Henderson says it might be tied to a larger view on politics as a whole.

“Politics is a difficult thing to get people attracted to,” Dr. Henderson explained, “Because many people believe political institutions are beyond them, they think their voice or their vote is irrelevant.  And parents often impart that sense of futility to their children.  But citizens have more sway than they realize.”

Instead of young voters viewing themselves as insignificant bystanders, Dr. Henderson believes they must view themselves as an “empowered constituency” who can have meaningful effect upon government actions—especially over policies of consequence to their futures, such as higher education funding, taxation, or occupational opportunities.

Regardless of the trends in millennial voter registration, as well as the significance (or lack thereof) of their votes in a general election, voting is still important.

“It’s an American right, responsibility, and a vital part of our democracy,” said. Dr. Henderson.