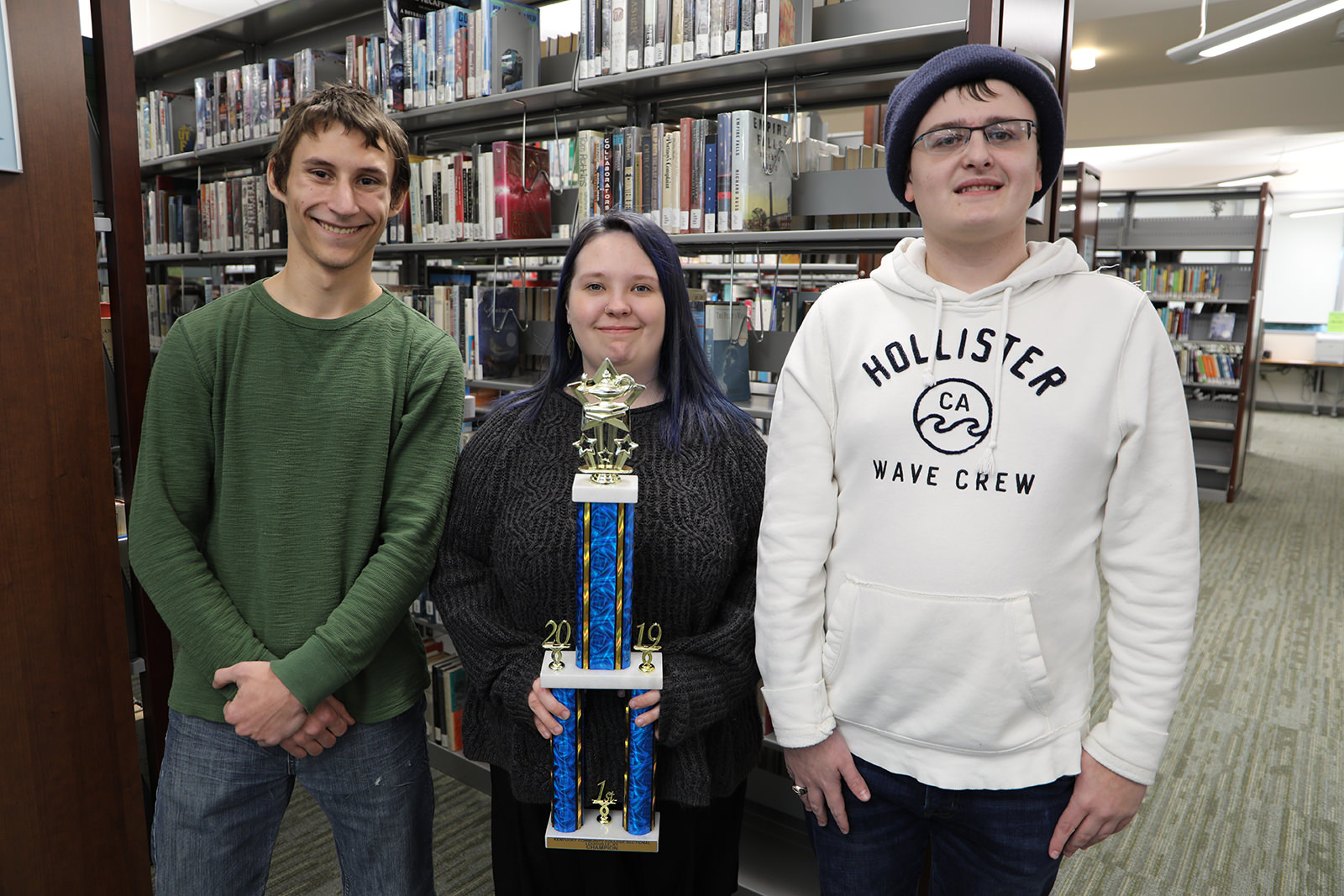 After last weekend, the East Central College Scholar Bowl Team just made it one step closer to proving they are the best in the country.

The team went 9-1 at the NAQT Kentucky Community College Sectional on January 26. They not only placed first but now get a chance to compete in the national competition.

“The team who hosted the sectional, Jefferson Community & Technical College in Louisville, is definitely a quiz bowl powerhouse,” said Chad Kubicek, NAQT Chief Financial Officer. “They have finished in the top six at the CCCT in each of the past seven years. They won the national championship in 2016.  Defeating them is quite a feat and an achievement!”

In addition to the team win, Jeremy Robey and Joshua German placed first and second, respectively, in the individual competition.

The ECC Scholar Bowl Team will now head to Orlando, Florida in March for the CCCT. They will be the only team representing Missouri.

How Does Scholar Bowl Work?

According to the NAQT website, quiz/scholar bowls are fast-paced buzzer competitions in which teams of four players compete to answer questions that cover academic subjects like literature and science as well as the broader world of popular culture and current events.

“It’s basically team Jeopardy,” said German, ECC Scholar Bowl Team Member. “Each team is competing to answer a question before the other team.”

“It involves a lot of reading,” explained Robey. “We often read questions and information from previous tournaments. There are also a few websites that help us prepare.”

“Some of the team competed in high school,” said Gwen Minks, ECC Scholar Bowl Team Member. “Some of us are new to the process. I joined the team out of sheer curiosity. I’m glad I did! I love the strategy involved.”

“Considering the East Central College Scholar Bowl Team didn’t even exist a year ago, their accomplishments so far are quite incredible,” said Joel Doepker, Vice President of External Relations. He is the team sponsor. “The team is very dedicated.”

In fact, they often pay their own way to tournaments. They chip in for gas money. They pack their own food.

“We left at two in the morning to get to sectionals in Louisville,” said German. “Once we finished the competition, we drove back home. I think we landed around 11 at night.”

Now, they are trying to figure out how to pay their way to nationals in the spring.

“We are looking at a few fundraising ideas,” said German. “We are going one way or another. We aren’t going to miss this opportunity.”