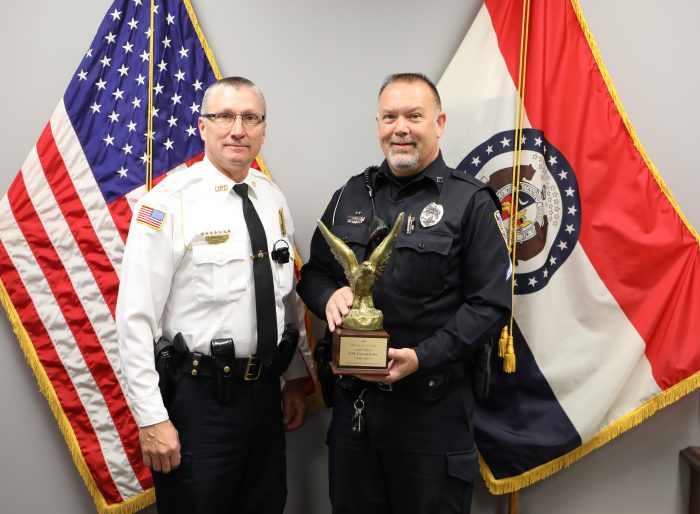 Union Police Cpl. Tommie Lowe, who is assigned to East Central College, was named the department’s Officer of the Year for 2021.

Police Chief Andrew Parker said Lowe has “stepped up” when needed and gone out of his way to assist others.

“He is quick to answer calls for service, work special assignments or even stay late to help on investigations, and always has a great attitude with his coworkers and especially the citizens,” Parker said.

Lowe has been with the Union Police Department for seven years. He has been assigned to ECC since 2016, when the college and the police department first partnered to provide officers on campus.

“I would like to congratulate Cpl. Tommie Lowe on being this year’s recipient of the Union Police Department’s Officer of the year,” Parker added. “He takes his position very seriously and he has grown over the past year.”