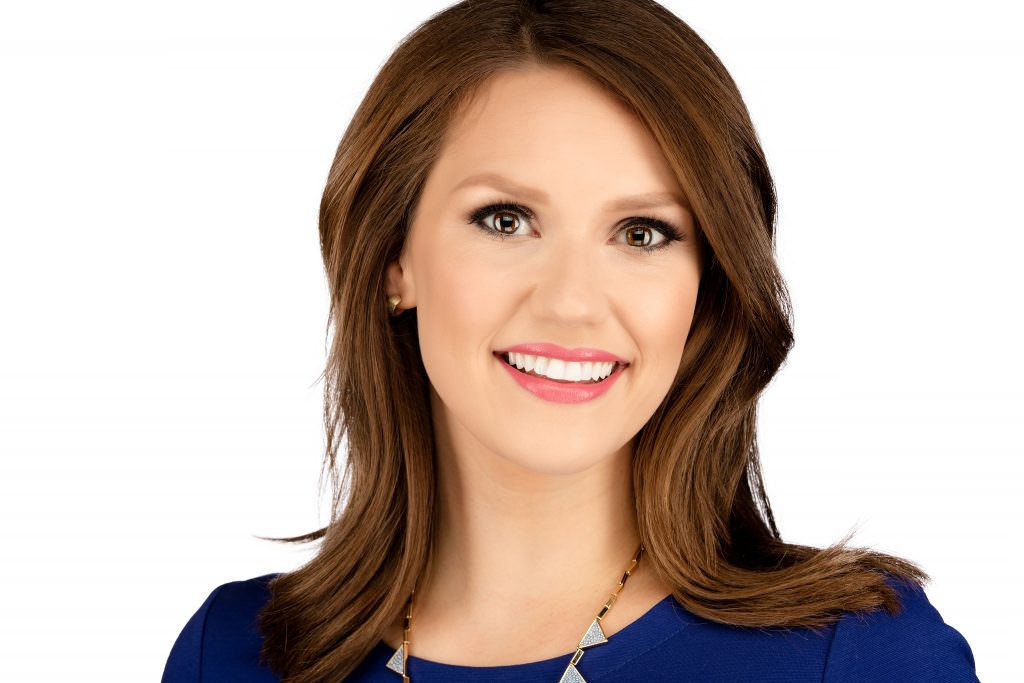 Emily Rau is well known in the region for her on camera journalism and connecting with audiences as a morning show anchor. But before making a name for herself through award-winning onscreen journalism, Rau, 31, was a Washington High School student enrolled in dual credit courses at East Central College.

Rau, an Emmy award-winning journalist, will return to her educational roots Saturday, May 16, as the commencement speaker for the 2020 graduating class. This year’s graduation ceremony is at 11:30 a.m. in the Donald D. Shook Student Center in Union.

“ECC is such an incredible resource and it has had such an impact on the communities in Franklin County,” Rau said. “No matter what path someone is on, ECC has resources to help them get there.”

Today, the Washington, Mo., native has a successful media consulting firm and she is a freelance correspondent for ABC News.

Rau remembers coming to the ECC campus for dance, choir and piano recitals as a child.

“If you grew up in Franklin County or the surrounding areas, ECC was such a pillar in the community,” she said. “It changes the lives of so many people.”

Rau went to the University of Missouri-Columbia after graduating from WHS in 2006. She graduated from the Missouri School of Journalism in 2010. She is a fourth-generation Mizzou Tiger. She noted that the ECC dual credit program helped her achieve her goals at a faster pace than many of her classmates.

“I was enrolled in multiple dual credit courses while at Washington High,” Rau said. “It really accelerated my undergraduate studies and pushed me toward my journalism career.”

She noted that earning credits in high school meant she was required to take fewer general education courses in college, and she could start the Mizzou journalism program her sophomore year, instead of her junior year.

“It definitely correlated into an earlier jump into core broadcast courses,” Rau added.

Rau’s first full-time position in broadcast journalism was in Norfolk, Va., at the ABC affiliate WVEC.

In July 2012, Rau returned to this area as a reporter for KMOV, the St. Louis CBS affiliate, where she reported as a “one man band” — shooting and editing video, as well as appearing on screen.

She was then promoted to be a morning reporter and later a noon reporter. In 2015, Rau was named a co-anchor on KMOV’s News 4 This Morning.

She left KMOV in the spring of 2017 to freelance for ABC News in New York City and Washington, D.C.

“I did freelance work off and on until 2019,” Rau said. “In the meantime I started my own consulting firm based in St. Louis.”

The firm, Emily Rau Consulting, is a communications firm that provides media training and solutions. She works with journalists to help with their careers and Rau also provides public relations services to organizations and companies in the St. Louis area.

In 2018, Rau returned to Mizzou where she worked as a visiting professor in the journalism program and as a managing editor.

Rau is two-time Emmy winner, and she is also the recipient of the Best Anchor award from the Missouri Broadcasters Association and one of Gazelle magazine’s ‘Top 50 Women in St. Louis.’

She has served on the board of multiple non-profits, including Girls In The Know and the St. Louis Crisis Nursery. Rau is the daughter of Dr. Michael and Andrea Rau, Washington. Last year, she married Mike Colombo, a reporter with KTUI, Fox 2, and moved back to St. Louis full time.