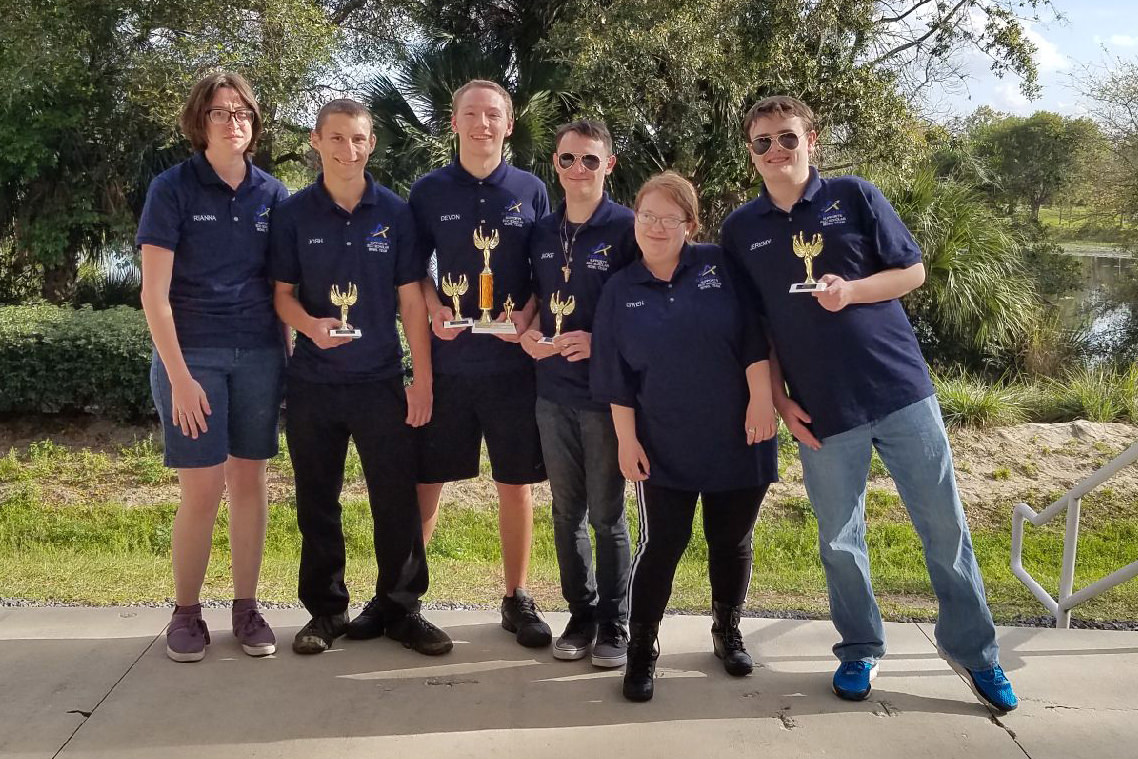 The East Central College Scholar Bowl team was one of only 24 teams to be invited to the National Academic Quiz Tournaments (NAQT) Community College Championship Tournament in Orlando, Florida in March. It’s not too bad for a team that’s only been around a year.

“We ended up with a 6-5 record in the tournament,” said student Joshua German. “We placed sixth overall. We needed to be in the top four to make it to the international competition. We were still really excited when they called out our names at the awards ceremony.”

In January, the team went 9-1 at the NAQT Kentucky Community College Sectional, which gave them the chance to compete in the championship.

“It was honestly more stressful than I had anticipated, but in a good way,” said Courtney Henrichsen, campus life and leadership coordinator. She traveled with the team to Orlando. “Watching them compete was really intense. You could tell how hard they were working to beat the other teams. It was truly impressive.”

Individually, German placed 15 among 103 of his peers from around the country. Teammate Devon Kerckhoff placed 31, with Jeremy Robey and Jackson Ambrose placing 37 and 44, respectively.

Congrats to our students!