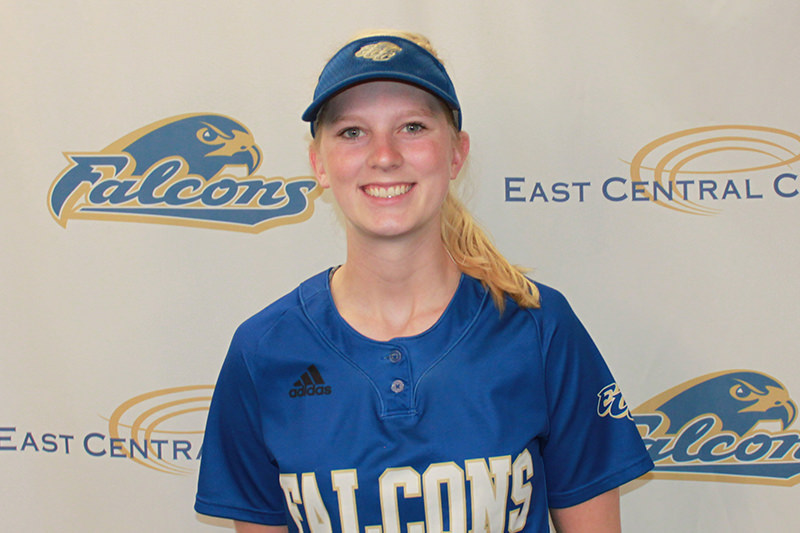 The National Alliance of Two Year College Athletic Administrators (NATYCAA) has announced the finalists for the 28th Annual Scholar-Athlete Awards, including East Central College softball player Marissa Boyd! Only 19 women were named finalists this year, and Boyd was the only nominee from Missouri.

The Union native has been a two-year starter for the Falcons. Her freshman year she was named First Team All-Region and Third Team NJCAA Academic All-American. She has also maintained a 3.6 or higher GPA during her time at East Central College.

“Her numbers on the field and in the classroom have been great examples of a well –rounded collegiate student athlete,” said Athletic Director Dr. Jay Mehrhoff. “During her freshman season she batted .388 with eight doubles, four home runs and 41 RBI’s.”

NATYCAA will announce the winners, one female and one male, on April 29.