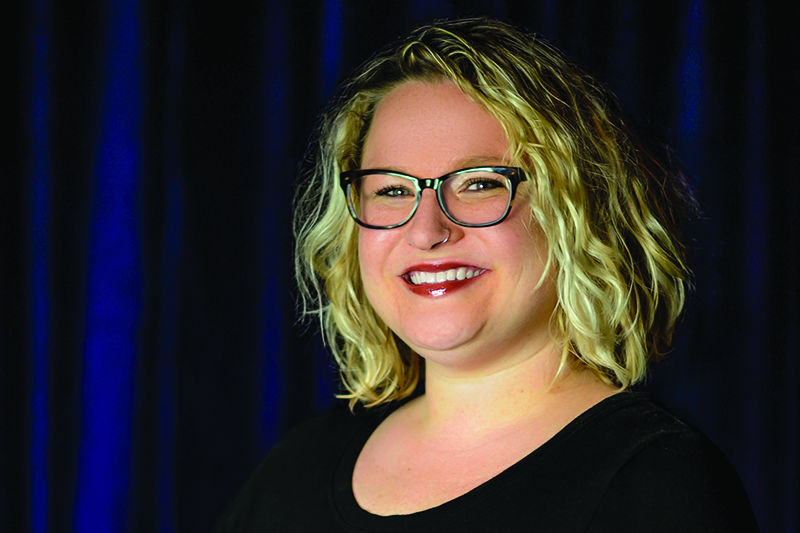 Each year, fifteen individuals are selected as Outstanding Young Professionals by the Washington Area Chamber of Commerce, and we are proud to announce Leigh Kolb made the list in 2018!

“I’m in awe,” said the East Central College Assistant Professor of English and Journalism. “It is such an honor and privilege.”

The award is designed to recognize young professionals, ages 40 and younger, who make significant contributions to the Washington area, both in business and volunteer service. According to the Washington Chamber of Commerce, the selection committee received more nominations than ever before in the six-year history of the awards!

“The work Leigh Kolb does every day directly and positively impacts our region,” said Joel Doepker, East Central College Vice President of External Relations. “She is dedicated to bringing social justice and cultural education to the community.”

Aside from her dedication inside the classroom, Kolb spearheads the East Central College Film and Lecture Series and the East Central College Student Media Club, which organizes and staffs the student newspaper. She has also played a role in the annual Martin Luther King Jr. Day celebrations on campus. In 2018, she is helping bring together Democrats and Republicans for a non-partisan candidate forum to be held on campus on September 20.

“She not only teaches but mentors those around her,” said Doepker. “She is highly praised not only by her students each year but also by other faculty and staff members at the college.”

Recipients of the Outstanding Young Professional Awards will be honored at the Chamber’s Member Luncheon on Monday, September 24.