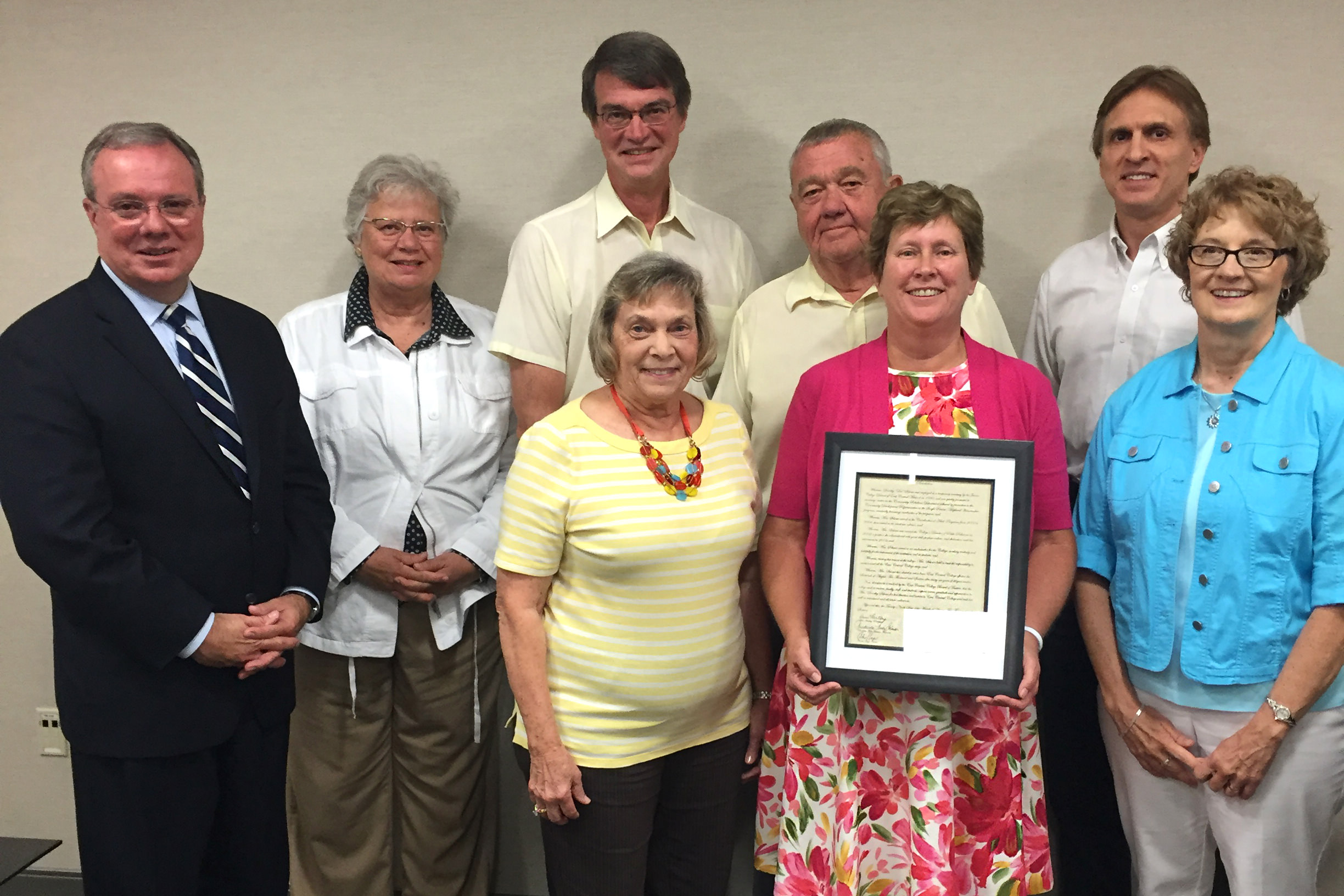 East Central College trustees recognized recently retired ECC Director of Public Relations Dot Schowe during its August 29 meeting. The board presented her with a formal resolution expressing its sincere gratitude and appreciate for her 36 years of service to East Central College.

During her career at ECC Schowe had a variety of roles. She started as a temporary secretary, to secretary/writer in the Community Relations department followed by a promotion to the Community Development Representative in the Single Parent/Displaced Homemaker program and then Coordinator of Adult Programs, and then became an academic advisor. Schowe was named ECC’s Director of Public Relations in 2005, a position she held until her retirement in August 2016.

ECC President Dr. Jon Bauer praised Schowe’s devotion to the college. “I had the pleasure of working with Dot for 20 years and have never worked with anyone who so tirelessly worked to promote East Central College in a positive light. She took pride in her work every day and it showed. Her influence and knowledge will be missed on campus.”

She plans to spend retirement with her husband and family including a new grandchild expected later this year.