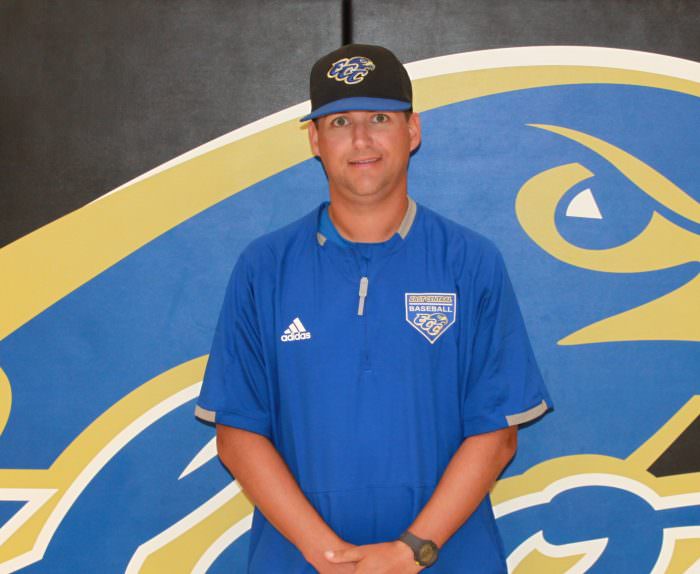 Mills to Coach Success on Baseball Field, In Classroom and Life

East Central College Baseball Coach Johnathan Mills said there is much more to a successful team than just winning games.

He explained that the ECC Baseball Falcons will strive to be successful on the field and in the classroom, as well as be ambassadors for the college in the community.

Mills was hired last month to take over the head coaching job when Brandon Rains took a coaching and faculty position in Texas. The team hasn’t missed a beat during the transition.

This year’s baseball team will be the first to take the field at ECC in over 20 years. The regular season begins in the spring of 2022 and preseason games are set to begin in October.

According to Mills, the squad will play some preseason games at Ronsick Field, Washington, to give more community members a chance to check out the team.

“We want to create a buzz in the community. We will play a couple of games at Ronsick Field and get more community involvement,” he said.

Mills noted that community involvement is a major part of the team’s mission:

“To give the community and the Institution the type of baseball program and baseball team they can be proud of and compliment the tradition that this Institution has been so proud of through the years, to take the expectations of everyone involved in making this program a reality and its players and bridge them into the process of what it takes to be successful.”

Coach Mills has been a life-long baseball player and coach.

He said it has always been his goal to coach a college program after years of being in the game.

Now that Mills has attained that goal, he wants to instill the same goal-oriented attitude in his players.

“I want them to wake up every day and be the best version of themselves,” he said.

“The players have two careers — on the field and off the field — off the field is more important,” Mills added. “it will shape who they will be in life.”

He further added that his approach and that of his coaching staff is for the players to be successful as people, in the classroom, on the field and in their careers.

“We want players to be more successful in life because they were involved in our program by the principles and values that we’re able to develop with them to be successful relative to the character and attitude they have as a baseball player here at East Central College.”

The Baseball Falcons are slated to play their first scrimmage game Sept. 15 at Central Methodist University.

Planning is underway for a dedication for the new infield turf and scoreboard at the ECC baseball field.