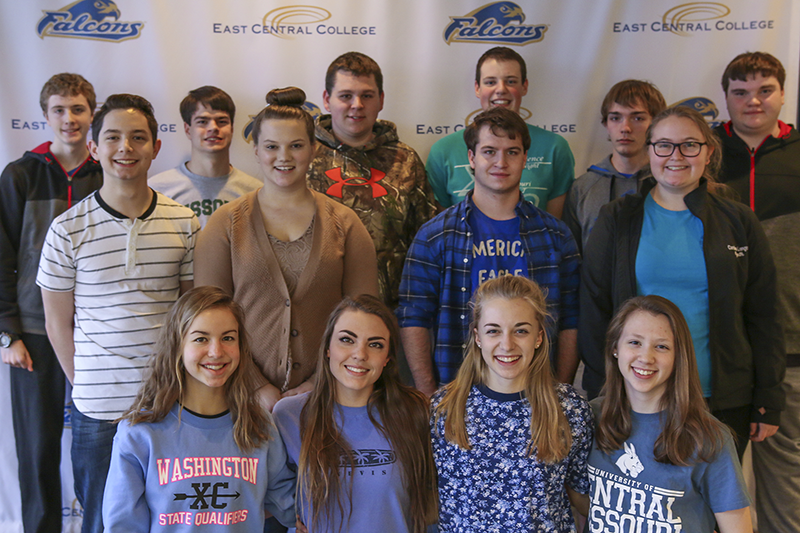 Regional Worldwide Youth in Science and Engineering Competition at ECC

Hannah Ziegler, a Washington High School student, competed for the first time this year as a senior. She competed in Biology and English. “I studied by reviewing past tests,” she said, “and since this is the only year I have left to do it, I just wanted to see how I’d do!”

This wasn’t the first time for Sullivan senior Jacob Smith, but it was his last time. “My teachers definitely wanted for me to try it out my freshman year,” he said. “After that, I enjoyed it and wanted to come back. Last year I got fourth in sectionals.”

Leo Kniffen is also a seasoned veteran at the WYSE competition. The senior at Warrenton High School has taken the physics and math tests since his freshmen year.

“When I took the tests last year, Warrenton went on to state, and then I placed first at state for physics” Kniffen said. “We’ll see how it goes this year, though. I forgot most of the stuff!”

While Kniffen didn’t place individually this year at regionals, his team did move on to the next round along with Washington, St. Francis Borgia and Sullivan High Schools.

Houston, Hallsville and Linn High Schools will also send teams to the sectional competition at Missouri S&T on April 18 with hopes to make it to state.