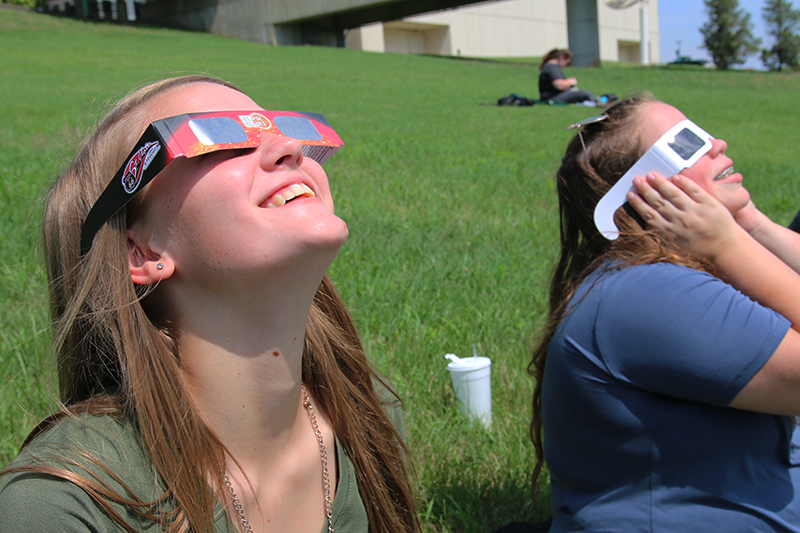 Hundreds of people sat in complete silence and eyed the sky as the clock inched closer to 1:15 p.m. on August 21. The anticipation on campus, in Franklin County, across the country and around the world had been building to one moment: the total solar eclipse.

As the moon completely blocked the sun, the East Central College campus erupted in cheers.

“It was like nothing I’ve ever seen,” said ECC freshmen Erin Parker. “I remember talking about it in high school my junior year, but I had almost forgotten about it.”

Parker admits she didn’t know what to expect, and as the sunshine started to turn to darkness, she was visibly awestruck.

“It was just so fun,” she said. “It was an incredible experience.”

To help celebrate the event, East Central College canceled classes from 11 a.m. – 2 p.m. to allow people to watch the eclipse. Food vendors, telescopes and even a bubble machine helped pump the crowd up while they waited for the path of totality to reach campus.

Because of East Central College’s preferable viewing location, Popular Science Magazine teamed up with ECC and the University of Missouri-St. Louis to live stream the event on their Facebook page, which was viewed all over the world more than 110,000 times!