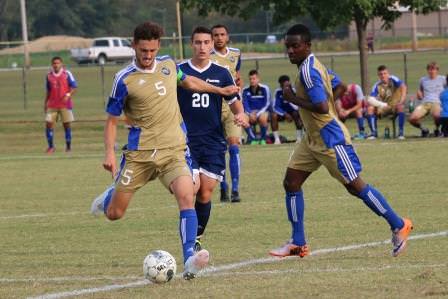 Two members of the ECC soccer team have been named to the National Soccer Coaches Association of America 2015 Scholar All-American Second Team for their dual accomplishments on the field and in the classroom.

Goalkeeper Zeke Little and  midfielder Matt Hampton were two of the 11 students names to the Second Team.  To be named to a Scholar All-America Team, a student-athlete must have at least a 3.30 cumulative grade point average (on a 4.0 scale) throughout his career; start more than 50 percent of all games; be a significant contributor to the team; and be nominated by an institution that is a current NSCAA  College Services member.

The academic honors come on the heels of recognition for accomplishments on the pitch this season. 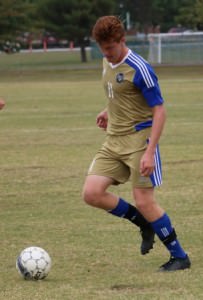 Hamilton anchored one of the stingiest defenses in ECC history.  The Falcons didn’t give up many goals as they marched to a 16-4-1 season record and finished runners-up in Region 16 for the second straight year. Hamilton was also named First Team All-Region 16 and First Team All-Conference.