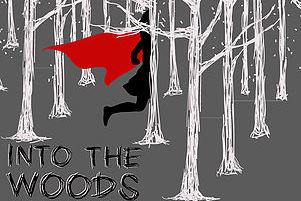 Auditions Set for Next Theatre Production

January 18, 2016 | Campus News
The East Central College Theatre Department will hold auditions for the final show of the 2015-2016 season  Monday, February 29, and Tuesday, March 1.
Auditions for Into The Woods will begin at 6:30 p.m. in the Theatre Department located in Hansen Hall at the ECC campus in Union.  Directed by Grace Austin with music direction by Colin Healy, this multi Tony Award winning show will be performed April 14-17.
Into The Woods intertwines the plots of several Brothers Grimm fairy tales and follows them to explore the consequences of the characters’ wishes and quests.
Roles are available for up to 18 men and women ages 14 and up. There is also one featured role for a boy between the ages of 9 and 13.  Individuals auditioning should prepare one of the audition selections which can be accessed online at www.ecctheatre.com.  An accompanist will be provided.
More information, including the show synopsis and character breakdowns, is available at www.ecctheatre.com.
« Bauer to Lead Missouri Community College Association
ECC Observes Black History Month February 26 »