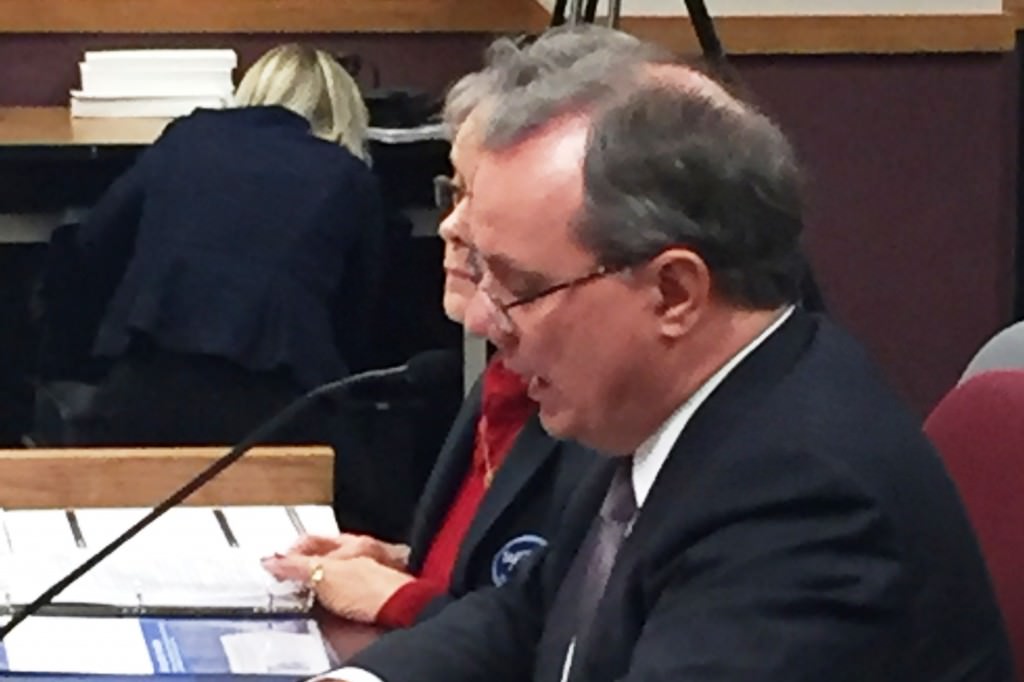 The testimony is part of the decision making process as Missouri’s legislature reviews Governor Jay Nixon’s 2016-2017 budget proposal. The governor is proposing a six percent increase in higher education core funding; community colleges would receive an additional $8.8 million with East Central College receiving $350,000 per year if the budget is approved. The community colleges are also hoping for $11 million in equity funding.

Providing testimony is part of Bauer’s role as chair of the Missouri Community College Association. During his testimony he detailed the importance of community colleges to the economic and workforce development initiatives in the state of Missouri. Roughly 95,000 Missourians attend community colleges each year, and the institutions train approximately another 125,000 through workforce development programs.

“It’s important for appropriations committee members to understand that an increase in community college funding will have a great impact,” Bauer noted. “Of the six percent budget increase, one percent will be dedicated to STEM programs, which fuel some of the highest growth industries in the state.”

Bauer also discussed the importance of the A+ program and Missouri Works Training.

The Senate appropriations committee will also hear testimony from Bauer on behalf of Missouri’s community colleges later this year. The Missouri legislature must approve a balanced state budget by May.