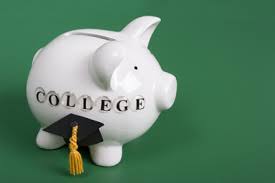 “These are our highest-cost programs,” noted Dr. Jon Bauer, ECC president.  “The tuition rate for classes in these programs will be at 125 percent of the appropriate in-district, out-of-district, out-of-state or international rate.” He stated that Tier 2 tuition only applies to classes in the programs; students would still pay the base, or Tier 1, rate for general education courses.

“Charging a higher rate of tuition acknowledges that fact that there are vastly different costs for our academic programs,” Bauer said.  Based on data from the 2013-14 academic year, the cost per full-year equivalent student was $14,459 for culinary arts, $13,169 for nursing, $11,833 for industrial engineering technology and $9,088 for precision machining.

Bauer noted that a growing number of college and universities are using differential tuition to account for the adjustment in program costs.  “Even with these changes, tuition at ECC remains very affordable compared to competing institutions,” stated Bauer.

Based on current enrollment, college officials estimate that the change in tuition will generate approximately $84,000 in additional revenue.

The college will continue to evaluate program costs and may recommend other programs for Tier 2 tuition in the future.