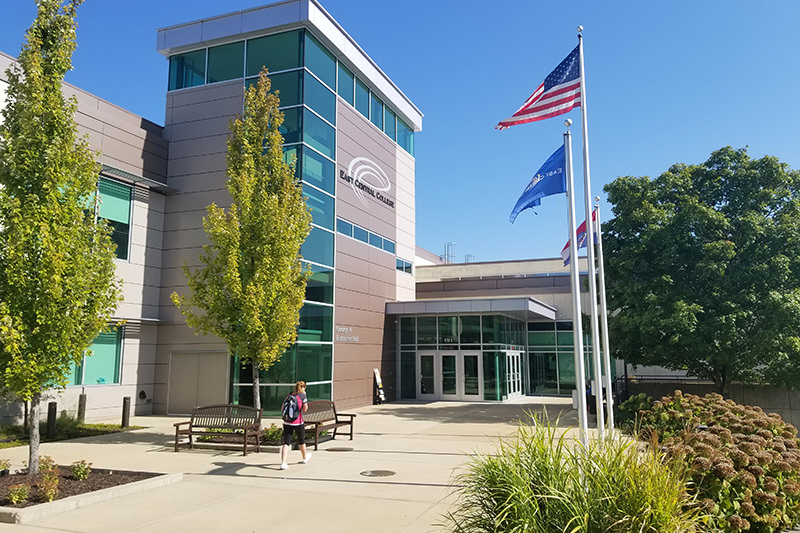 East Central College will be investing in new heating and air conditioning units on its Union campus.

“The existing units are at the end of their life cycle,” said Director of Facilities Tot Pratt. “In some cases, the units are several decades past their prime.”

The ECC Board of Trustees approved the $1.86 million project during the January 15 board meeting. The project will be funded through a 15-year loan from the United Bank of Union. Replacing the units will not only boost energy efficiency across campus, but will also result in energy savings of more than $30,000 per year over 15 years.

Three buildings on campus – Hansen Hall, Shook Student Center and the East Central Training Center – will have units replaced. The work will be done in the summer of 2019 and is scheduled to be completed before the start of the fall semester. The schedule should lessen the impact for students, faculty and staff during the project.

“It’s important for East Central College to ensure its buildings remain comfortable and safe while minimizing the amount of energy and maintenance required to provide a quality environment,” said President Dr. Jon Bauer.

The project is part of a 10-year master plan through Johnson Controls, Inc. The first phase was completed in 2017 and included lighting upgrades, water fixture upgrades and other building improvements.

Using an Energy Performance Contract (EPC), East Central College’s facility and infrastructure retrofit costs will be offset by the guaranteed utility and operational savings over a fixed period of time. If the savings aren’t realized, Johnson Control pays the difference.

According to the company, the improvements will reduce ECC’s carbon footprint, reducing the same amount of carbon dioxide emissions as if 137 passenger vehicles were taken off the road.