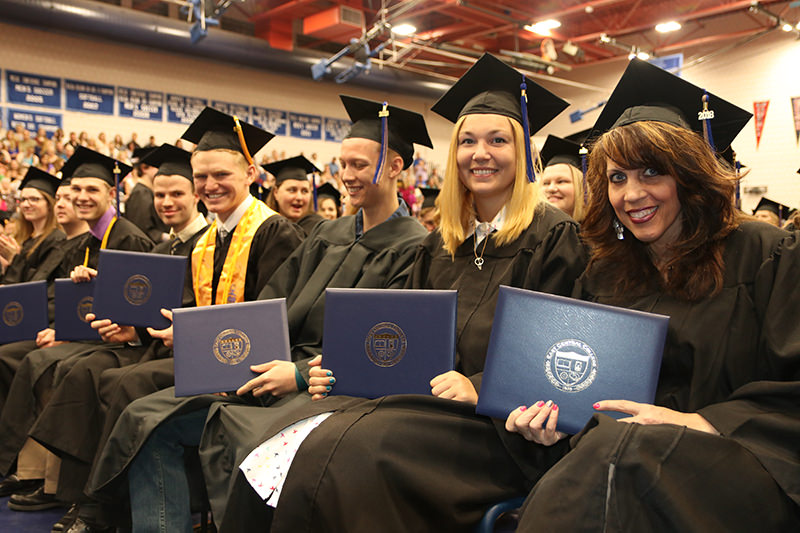 In the past two years, East Central College’s graduation rate has climbed by 14 percent.

More importantly, he added, the rates are an indicator that students are achieving their desired educational outcome.

”These numbers show the dedication of our faculty and staff to student learning,” Dr. Bauer said. “It also allows us to communicate to students, employers and the community the value of East Central College.”

There have been multiple factors contributing to the increase rate, including the reduction in credit hours for an associate degree. In 2017 credit hour requirements were reduced, shortening the distance to the finish line for students and eliminating the need to attend a summer term in order to be graduated in two calendar years.

In addition, over the past several years the Mathematics Pathways Project was adopted which reduced the number of math courses for nearly all of ECC students. Prior to the project implementation, most students needed to take three to four math courses to graduate — today most just take one or two math courses.

The ECC advising team in 2016 fostered a culture of steering students to classes that were aligned with student needs.

The advisors guide students to where they need to be in order to succeed.  Advisors also have a great expertise in degree programs, allowing them to better serve the students.

The ECC advisement team develops a report weekly to identify when students register for courses that are outside of their academic programs, helping to keep students on target.

The last time that graduation rate was over 30 percent was in 2005 when it was 33 percent.  The rate has been getting higher since 2013 when it was at 17 percent.

In addition, the number of students who either graduated or transferred onto a four-year college or university, increased from 45 percent in 2017, to 50 in 2018 and to 55 percent in 2019.