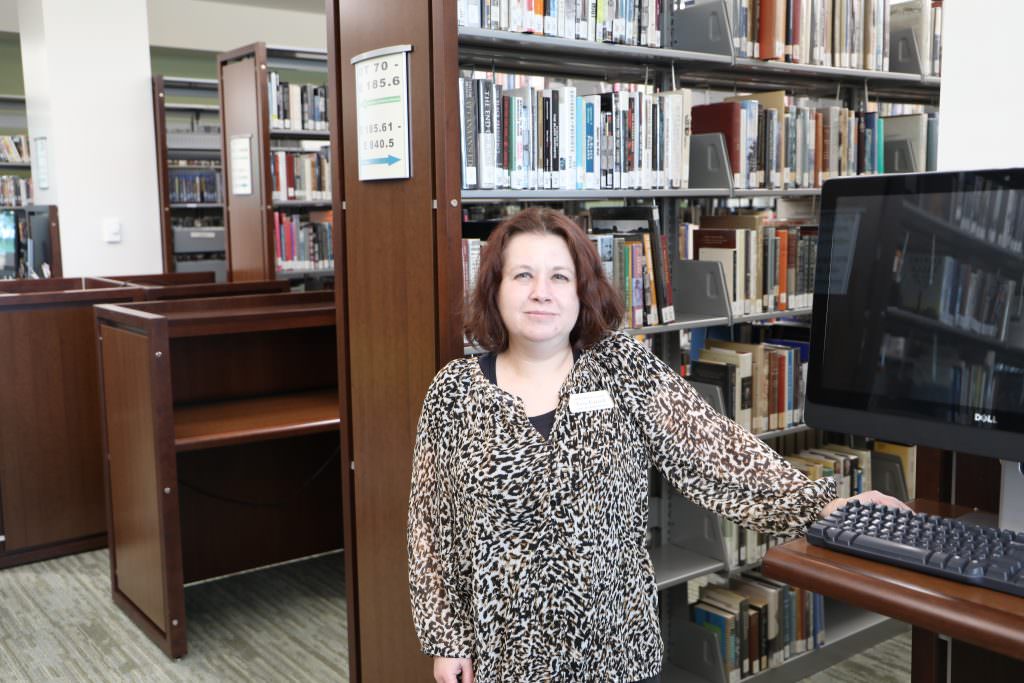 East Central College Library Director Lisa Farrell recently was elected to serve on the MOBIUS board of directors.

Farrell will complete the final year of a three-year unexpired term as the academic library representative. She previously served as an at-large member from 2015-18.

“Serving on the board gives us an insight into state library funding and the budget and assessment policies,” Farrell said.

“It also keeps us apprised of what is on the legislative floor and how that impacts libraries,” she added.

MOBIUS is a consortium of libraries in Missouri and nearby states. It is based in Columbia, Mo. There are 66 academic libraries, seven public libraries, three special libraries, and the Missouri State Library, serving a total of 213 physical branches, in the consortium.

“I think it is very important to have a community college representative as a voice on the board,” Farrell said.

Farrell noted that there is great value and cost savings through the borrowing of materials versus buying.

In addition, Farrell is in her second year as a MOBIUS OER (Open Education Resources) Systems Leader — a two-year cohort started last Spring in the midst of the COVID-19 pandemic.

OERs are teaching, learning and research materials that are either copyright-free or have a license that allows for reuse, potentially saving students hundreds of dollars in textbook costs during a semester.

“Our MOBIUS Team has presented at conferences, surveyed our MOBIUS library membership, attended OER-focused conferences and training, and we look forward to the growth in OER for MOBIUS libraries in the coming year,” she said.

MOBIUS was established in 1998 by 50 libraries representing Missouri colleges and universities.

The name was originally an acronym for Missouri Bibliographic Information User System, although the organization no longer uses that name.

In 2010 MOBIUS became a not-for-profit corporation and the Tulsa City-County Library system, In Oklahoma, became the first out-of-state member in 2014.