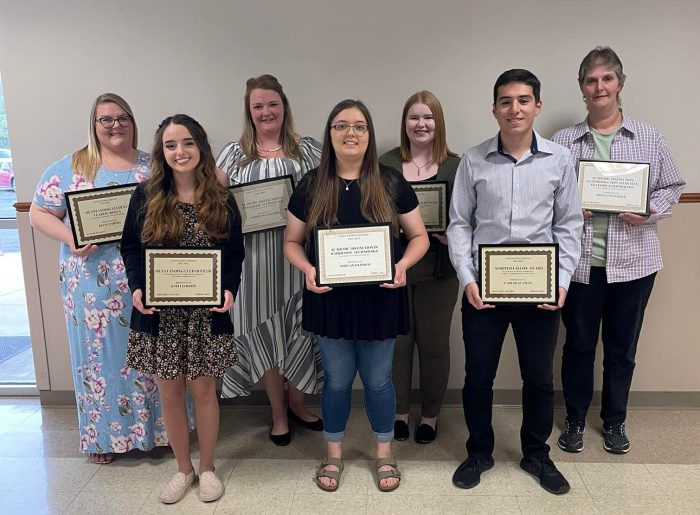 This year’s event for Rolla students was hosted by Campus Life and Leadership and the Rolla Engagement Council.

Students are nominated for awards by faculty to recognize academic excellence, perseverance and contributions to a culture of student success, both in and out of the classroom.

Kelsea Smith was chosen as the Outstanding Student Leader for Spring 2022. Smith was nominated by Joannie Blakely, nursing instructor and the club advisor for the Rolla Student Nurses Organization.

Nominations for this award are submitted by club advisors, and the winner is chosen via committee. The award recognizes one student annually from each location for exceptional leadership skills and abilities. 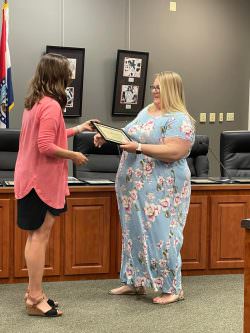 Karli Gordon and Madison Jolly were recognized for their contributions as club officers for S-MSTA (Student Missouri State Teachers Association). They were nominated by Gregory Stotler, club advisor.

Awards of academic distinction are given to students by faculty members in recognition of academic excellence.

The students chosen for this award demonstrate an understanding of the course material, are active participants in class, and contribute to the larger culture of succeeding and high-level thinking in the classroom.

The following Rolla students were given awards for academic distinction:

Spirited Falcon awards are given to students by faculty members in recognition of perseverance, a consistent willingness to learn and improve, and measured improvement as deemed appropriate by the faculty nominator.

The award is designed to honor students who, despite any obstacles they may face during their semester, demonstrated a continued commitment to their education and success as a student.
The following Rolla students were given Spirited Falcon awards: