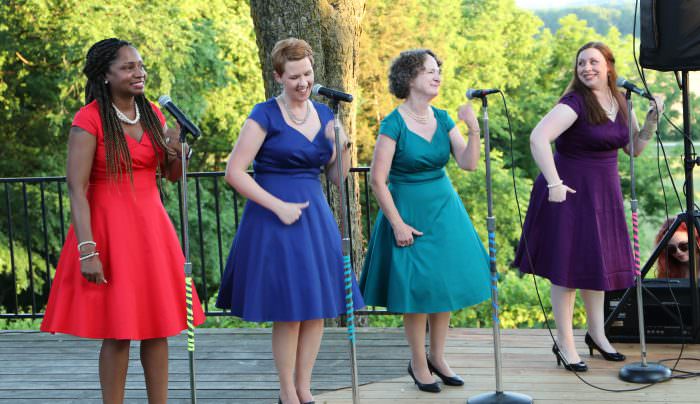 The East Central College Theatre Department will present “GRITS: The Musical” for its summer performance.

“Grits: The Musical” is based on the popular book “GRITS (Girls Raised in the South) Friends Are Forevah,” and it follows four Southern women from four different generations as they reminisce about their pasts and speak to their futures.

Herron also is choreographing the show.

“This is a family-oriented show,” Anglin said. “It is fun to see these four women reminiscing through modern monologue about growing up in the South.”

The performance was slated for last year, but it was canceled due to the COVID-19 pandemic.

Anglin noted that he had to recast part of the cast that originally had been slated to perform in 2020, but the cast and crew is ready for the performance.

He added that the ECC production has a few differences compared to the original musical.

“The set is quite different than the original production, which was just four stools,” Anglin said. “Our set includes a façade of a house and a porch — and we use a lot of slides from the 50s in the South.”

The music director for the performance is Paula Nolley and the stage manager is Madison Skiljan. The scenic designer is Sylvia Sellers, lighting designer is Baylee Speer, sound is by Jarred Smider and scenic painting is by Vince Neihaus.

Set Construction was done by Anglin and Scott Mirly, costumes were done by Kellmann, Vickie Danley and Carol Buescher; and Herron is the social media coordinator for the performance.