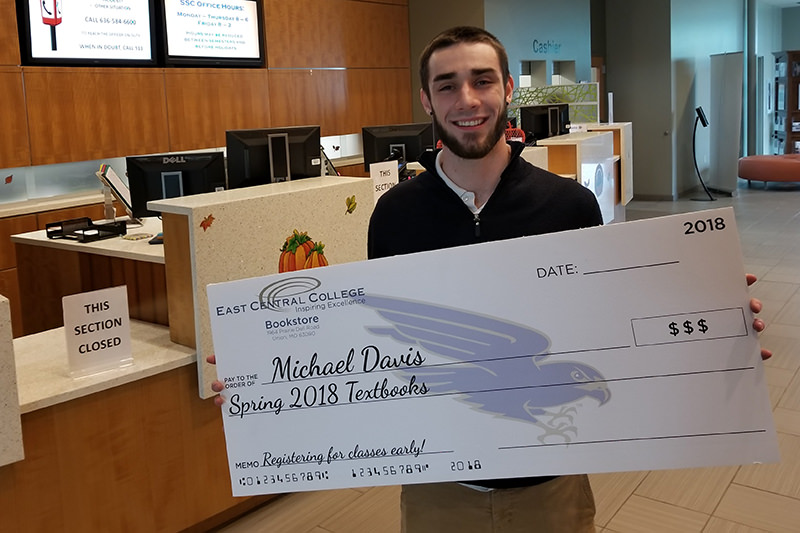 After high school, Michael Davis started a career in construction.

“It just wasn’t for me,” Davis explained.

So, he started working in hardware retail.

“I figured I would work my way up to management,” he said, “but I wasn’t very happy at that job either.”

Davis was missing something in his life. He wanted a career that was fulfilling – something that would make him happy.

“I’ve always liked helping people,” he said, “so I decided I wanted to become a counselor. I would love to be able to get involved in youth ministry.”

His first step was enrolling at East Central College. The St. Clair resident is now working toward an Associate’s of Arts in the social sciences pathway.  He plans to transfer to a four-year institution after graduation to pursue a degree in psychology.

Because Davis signed up for classes between October 23 – November 10, he was entered to win free textbooks for the Spring 2018 semester. More than 1,200 students were eligible to win, and Davis was chosen!

“I was really excited when I found out,” he said. “This is going to help tremendously.”

Congrats and thank you for enrolling early!