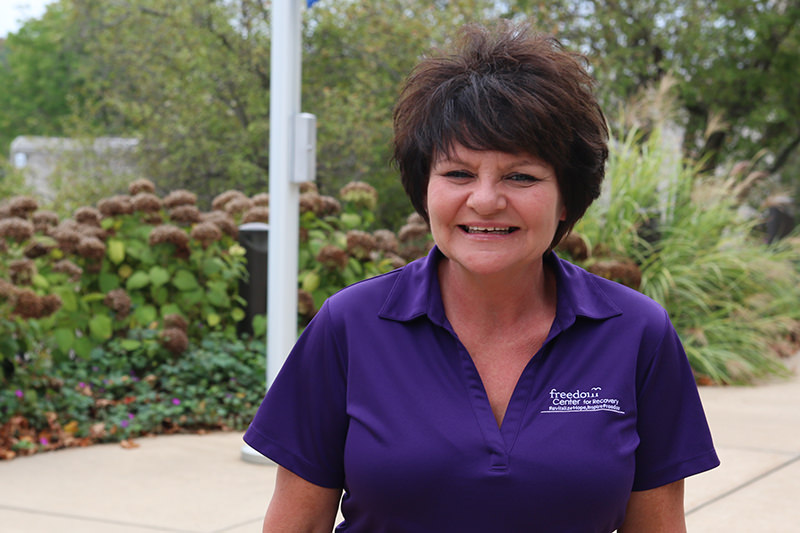 Going to college can be a life-changing decision. No one knows that better than Ronda Esparza.

“Ronda came to the Financial Aid department in the summer of 2013,” said Barb Kuelker, East Central College financial aid specialist. “I could tell she was a bit nervous.”

Ronda had never gone to college. In fact, at the age of 14, she dropped out of high school. For years, she battled substance abuse until it eventually landed her in prison.

“She found solace in the prison ministry,” said Kuelker. “This led her to obtain her high school equivalency and come up with a plan for her future.”

That plan led her to East Central College.

“She didn’t want to ignore her past. She wanted to use it to help others, “explained Kuekler. “Ronda wanted to become a substance abuse counselor.”

With the help of the East Central College Financial Aid department, Ronda figured out how to pay for college. She took out student loans and worked part-time jobs. She also obtained Pell grants, scholarships and Access Missouri grants to help cover costs. Her schedule only allowed her to take 6-9 credit hours each semester, but Ronda never gave up.

“When she needed help, she asked for it. She tackled each class with sheer determination. It took four long years, but she did it,” said Kuekler.

During that span, she began interning at The Freedom Center for Recovery in Union, where she managed to earn her credentials as a Recognized Associate Substance Abuse Counselor (RASAC) and a Missouri Associate Alcohol and Drug Counselor (MAADC).

In May 2017, Ronda graduated with an Associate’s of Arts. She is currently enrolled at Central Methodist University working towards a degree in psychology.

“I am so proud of Ronda. She is making a difference in our community, and it’s something she could not have done without her education and the financial aid she received,” Kuekler said.