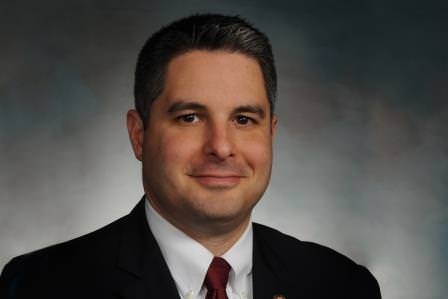 Rob Dixon, president/CEO of the Missouri Community College Association, will deliver the address at East Central College’s forty-sixth annual spring commencement Saturday, May 14.  The ceremony will begin at 11:30 a.m. in the gymnasium in the Donald D. Shook Student Center on the ECC campus in Union.

“We are proud to have Mr. Dixon deliver the commencement address to our graduates,” noted College President Dr. Jon Bauer.  “As a community college graduate himself, Rob knows the importance that our colleges play in moving our state forward. He is a highly respected leader in the capitol and around the state, and I am pleased that he will be joining us at East Central to celebrate the achievements of students who have chosen the community college path.”

The Missouri Community College Association represents the state’s 12 community colleges, their boards of trustees, administration, faculty, staff, and students.  MCCA is a membership organization for Missouri’s community colleges, providing government advocacy, networking, and information and education resources for its members.  It is the largest higher education association in the state, with approximately 2,000 members.

Prior to joining MCCA, Dixon served in a variety of roles at the Springfield (MO) Area Chamber of Commerce, including interim president/CEO and executive vice president. His overall responsibilities included leadership and management of staff and programs in economic and workforce development, public affairs, local government policy, communications, community development, and strategic planning.  Prior to his work in Springfield he served as executive director of the Hollister (MO) Area  Chamber of Commerce.

Dixon joined the U.S. Marine Corps after high school, where he served as an intelligence analyst in Afghanistan and Pakistan immediately after the 9/11 terrorist attacks.  He was recognized with several commendations and awards for leadership and performance as a U.S. Marine.  Dixon received an honorable discharge as a sergeant after five years in the Marine Corps.

Dixon earned a Master of Public Administration degree from Missouri State University, a Bachelor of Arts in Political Science from the University of Missouri-St. Louis, and an Associate of Arts in Political Science from St. Charles Community College.  He is currently pursuing a professional certification in association management through the Institute for Organization Management.

Dixon and his wife, Melanie, have one son, Eddie.

More than 450 students are candidates for graduation at ECC.  Associate degrees and career/technical certificates will be conferred.  The college will also present awards to the outstanding student and outstanding alumnae for 2016.