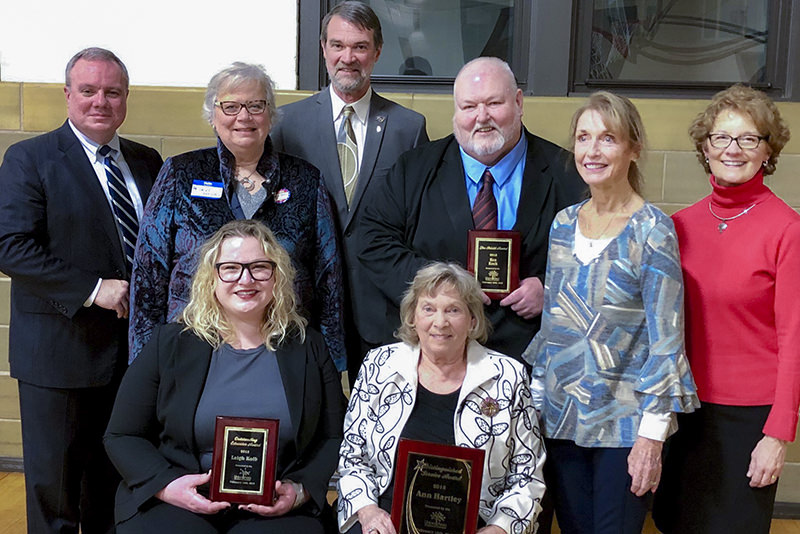 Since 1968, the Distinguished Service Awards Banquet has recognized outstanding individuals in the Union area community. Sponsored by the Union Area Chamber of Commerce, only six people are chosen each year in six categories.

This year, East Central College had ties to half of the award recipients! Board of Trustees President Ann Hartley received the Distinguished Service Award, presented to a man or woman over the age of 41 who has made a true impact in the community. Journalism instructor Leigh Kolb was honored with the Outstanding Educator Award, presented to an educator who teaches school at any age level in the city of Union. Former EMT Instructor Ken Koch received the Shield Award for First Responders, presented to a member of a Union-based first responder agency.

“During the opening remarks, East Central College was also singled out for our 50th Anniversary and the impact the college has had on the region,” said President Dr. Jon Bauer. “It was truly a special and humbling night for ECC.”