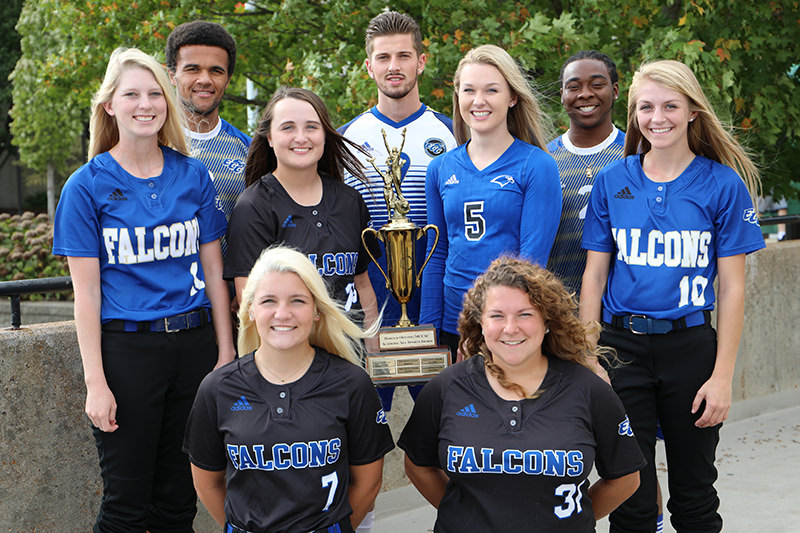 For the tenth year in a row, the East Central College Athletic Department has received the prestigious Harold Oetting All-Academic Award by the Missouri Community College Athletic Conference (MCCAC).

“This is unprecedented by any community college in Missouri,” said Dr. Jay Mehrhoff, athletic director. “Our student athletes in women’s volleyball and softball, as well as men’s soccer, had a combined 3.099 GPA last academic year. We are incredibly proud of their hard work and dedication.”

The award was first established in 1995 as an All-Sports Award – with academics as one component. In 2003-04, the award was renamed to honor longtime conference president Harold Oetting, who retired as athletic director at Jefferson College in 2003. The award is now based on overall athletic department academic achievement.

Dr. Mehrhoff believes the key is setting the tone early. From the beginning, his staff and coaches emphasize the importance of academic performance and give the students the resources they need to thrive.