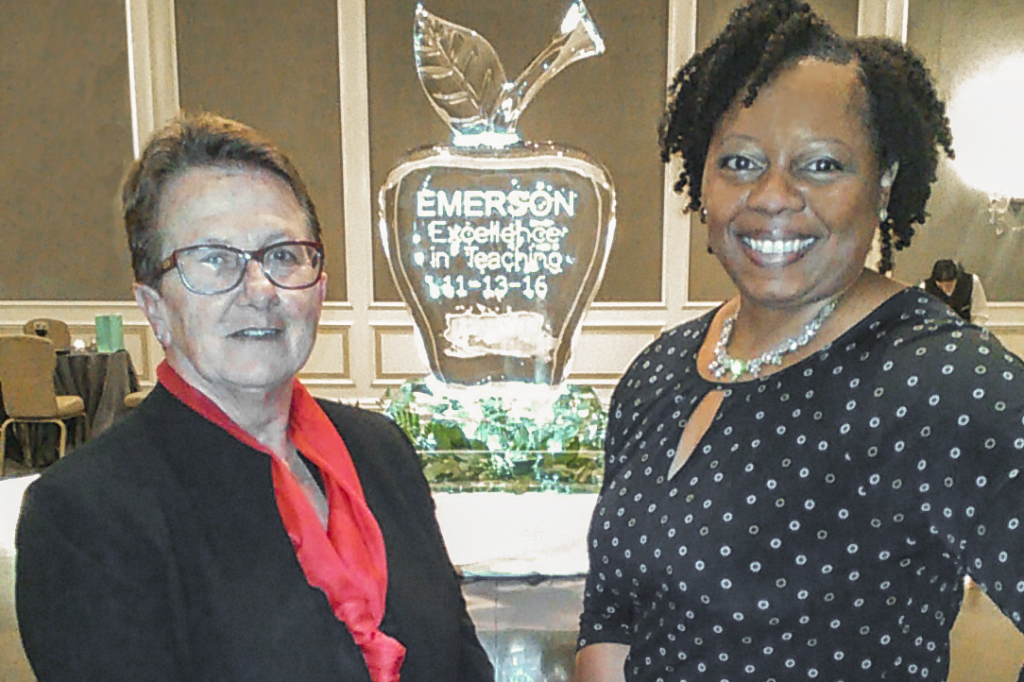 Dr. Patsy Watts has been teaching English since 1983 – a subject she is deeply passionate about.

“I embrace the challenges of this discipline because it is the foundation of all other academic endeavors.  That is, a student’s ability to read and write well will help ensure success in other courses.  It is exciting to be a part of something so important,” Watts said.

When she became an instructor at East Central College in 2006, she brought along a philosophy with her. “A good college instructor is one who cares enough about students’ futures to stay current in the discipline and help students reach beyond quick and easy solutions to complex problems,” she explained.

Watts practices what she preaches, and now she is being acknowledged for it. Each year, the Emerson Excellence in Teaching Awards program recognizes more than 100 educators in the St. Louis metropolitan area who are examples of excellence in their field – including Watts.

“I am grateful to my colleagues,” said Watts, who spends a majority of her time at the ECC campus in Rolla, “who I see working so hard every day. Every one of them deserves this award as well.”

Watts was honored with the other awardees at a gala on November 13, at the Ritz Carlton in St. Louis.