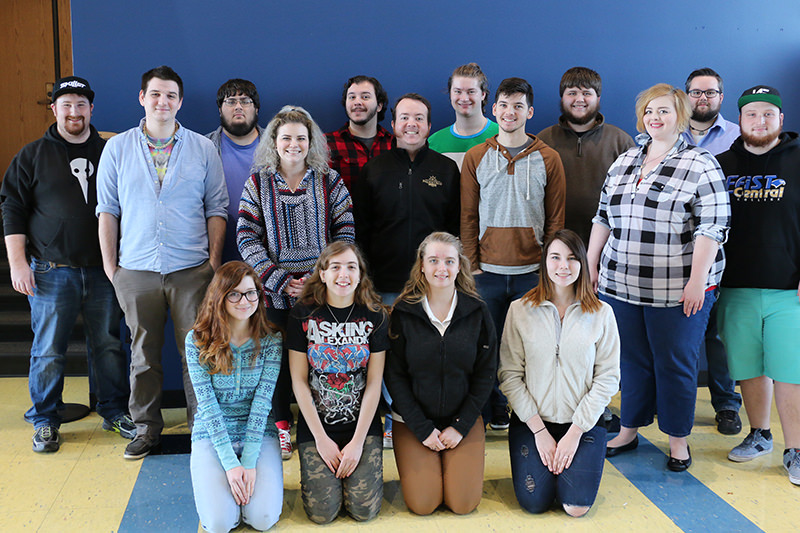 Since opening in 1891, Carnegie Hall has set the international standard for musical excellence as the aspirational destination for the world’s finest artists. In March, nearly two dozen East Central College students will become part of its storied history, joining the likes of George Gershwin, Judy Garland and The Beatles.

“Performing at Carnegie Hall is the ultimate stage for vocalists,” said student Jennifer Komo. “It’s a huge honor. I’m beyond thankful for this opportunity and can’t wait for the experience.”

The March 19 concert is being made possible by MidAmerica Productions, the foremost independent producer of choral concerts at Carnegie Hall. It will be an once-in-a-lifetime opportunity for students but also for East Central College Choral Director Dr. Tim Sexton.

“The Director of Choirs at the University of South Carolina, where I did my graduate work, was asked to submit a few names of choral directors he believed would be worthy of conducting an ensemble at Carnegie,” explained Dr. Sexton.  “Dr. Larry Wyatt submitted my name. I was then asked to contact other choral directors that I know to recruit singers.”

For student Kassidy Forbus, it’s an opportunity she almost missed.

“This will be my first time to New York,” she said. “I know if I hadn’t went back to college, this opportunity would’ve never been made available to me in any other way.”

Music has become a big part of her college experience and her life.

“With words or not, one song can transport your mind to a time of your life when you were happy or sad,” Forbus asserted. “It’s truly amazing.”

The feeling is similar for Komo.

“Music is my safe haven,” she explained. “It doesn’t require anything from you. It doesn’t judge you for who you are. It is the ultimate unplug from the world.”

To go on the trip, each student has to pay their own way.  They are holding two fundraising events in February to help cover costs. On Saturday, February 10, the students will host a Valentine’s Dinner at Holy Trinity Lutheran in St. Clair. On Saturday, February 24, the Sons of the American Legion are hosting a Jazz and Dinner event from 5 – 7 p.m. in Union.  Following the dinner, Voce Blue, Jazz Band and Jazz Combo will perform their annual swing concert in the American Legion Hall. Tickets can be purchased at the door for both events!