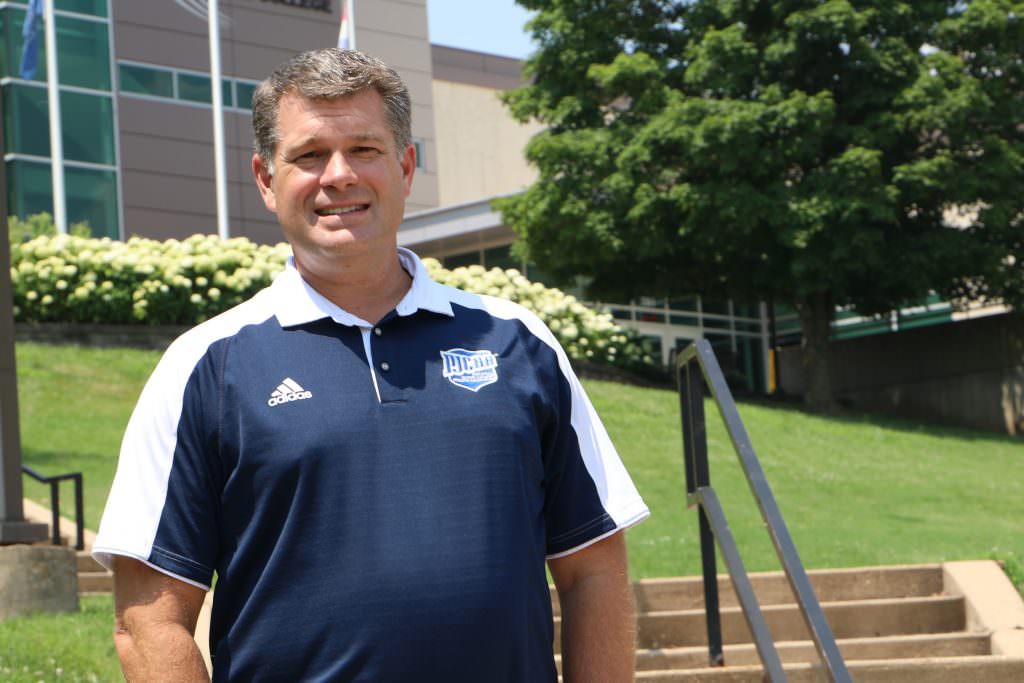 As chair of the men’s committee, Mehrhoff will be responsible for serving as a direct contact between the committee and the NJCAA National Office staff while also leading the committee throughout the year.

This year, the NJCAA introduced the new Division II men’s and women’s soccer. The ECC women’s and men’s soccer teams play in the new division.

According to Mehrhoff, because Division II is new this year there will be challenges in developing rankings.

“It is somewhat of a new era because there is so much uncertainty across the board in college sports,” he said. “I know it will be challenging for my committee to complete rankings without the traditional DI powers in the mix, but there are some very competitive teams at the DII level.”

Mehrhoff is no stranger to NJCAA committees. He was Division I Men’s Soccer Committee Chair from 2015-19.

“I enjoyed serving as the DI men’s chair the past five years. It takes a good amount of time and effort working to be effective in the role. Good committee members make it easier, but the chair has to be the one carrying the bulk of the workload,” he said.

Mehrhoff oversaw five tournaments for rule compliance and tournament format. He picked the all-tournament team with the coach’s votes and then worked with my committee to select the NJCAA All-Americans at the conclusion of the season.

There are 37 NJCAA Sport Committees.

Mehrhoff was the coach of the ECC soccer team from 1998 until 2000 when he took a full-time job with the college. He became the college’s athletic director 17 years ago.

Mehrhoff has been the Missouri Community College Athletic Conference president and has been recognized during the Under Armour Athletics Director of the Year awards program several times.

« College Removed From ‘On Notice’ by HLC
Blend of In-Person, Online Courses in Fall Semester »