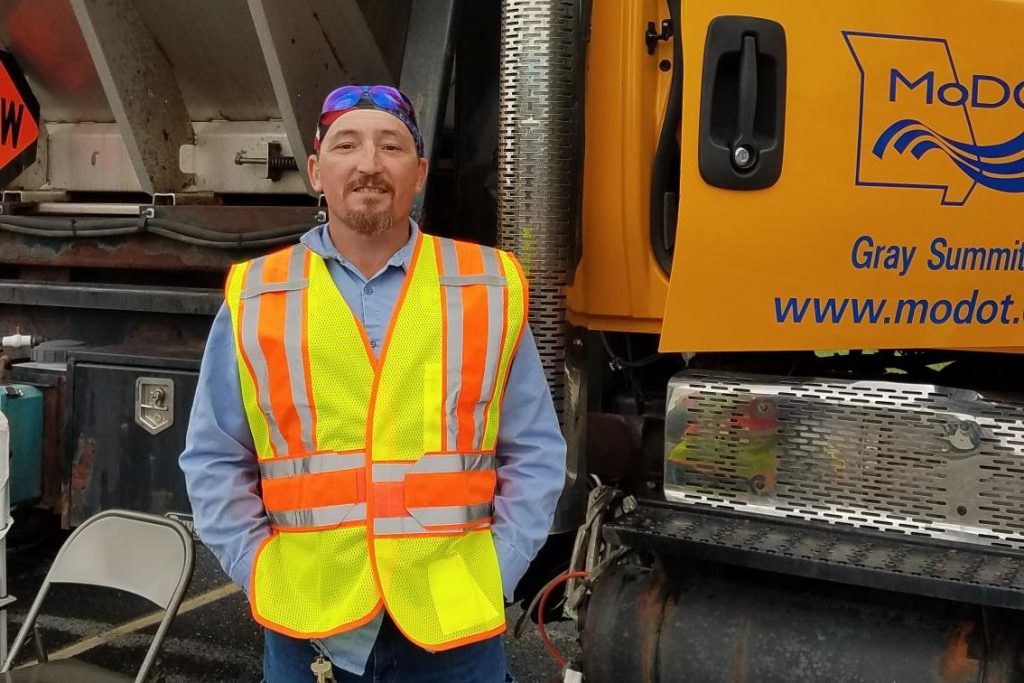 Putting things off is something we all do – getting your oil changed in your car, cleaning out the refrigerator or even going to the doctor for an annual checkup. For Bobby Hinson, it was getting his high school diploma.

The father of four works for the Missouri Department of Transportation as a maintenance worker.

While Hinson enjoys his job, he wanted more. “I want to become a superintendent at some point,” he said. “They supervise all the work sites. They decide what priority is and how the process should be done.”

Unfortunately, he knew any promotion was out of reach without more education. That’s when he decided to get his High School Equivalency (HSE) through the East Central College Adult Education and Literacy Program (AEL).  It provides free classes to improve a students’ skills in math, reading, writing, social studies and science in order to pass the High School Equivalency Test.

“I didn’t want my younger kids growing up thinking it’s okay to give up,” he explained. “I decided it was time to do something about it.”

He admits he was scared to start the process, but the AEL staff soon put him at ease. Hinson says he tried to get his GED back in the late 90’s through a different program, but he didn’t have much success.

“The program wasn’t focused on the teacher-student relationship,” he explained. “They handed you a book and you were on your own.”

Through the AEL Program, Hinson worked one-on-one with instructors and volunteers, receiving custom instruction and constant guidance. “It was a good surprise,” he said. “It’s not what I was expecting.”

During the process, he also received continuous support from his employer. It helped him stay on track.

“There were a few times [MoDOT] would have something come up at the end of the day,” Hinson said. “I would volunteer to help, but they wouldn’t let me. They didn’t want me to miss class.”

Hinson was a model student. It didn’t take long for him to make it to the finish line.

“The amount of time and effort put into the program and the starting skill levels determine when an individual is ready to take the final test,” said Alice Whalen, Director of AEL. “Despite the number of years he had been out of school, Bobby was determined. He put in the effort and dedicated himself to achieving his goal.”

“The night after taking the last test, my wife had balloons and a cake waiting for me when I got home. We went out to dinner to celebrate,” he said. “My kids were ecstatic about it!”

He had even more to celebrate when he went back to work – he received a promotion! While he says he’s proud of his accomplishments so far, he knows there is more to come.

“I don’t want to stop with just my HSE,” he said. “I want to keep pushing forward. I want to get a college degree.”

The AEL Program is free to everyone and offers several class locations with morning and evening sessions. To learn more about obtaining your High School Equivalency, email ael@eastcentral.edu or call 636-584-6533.