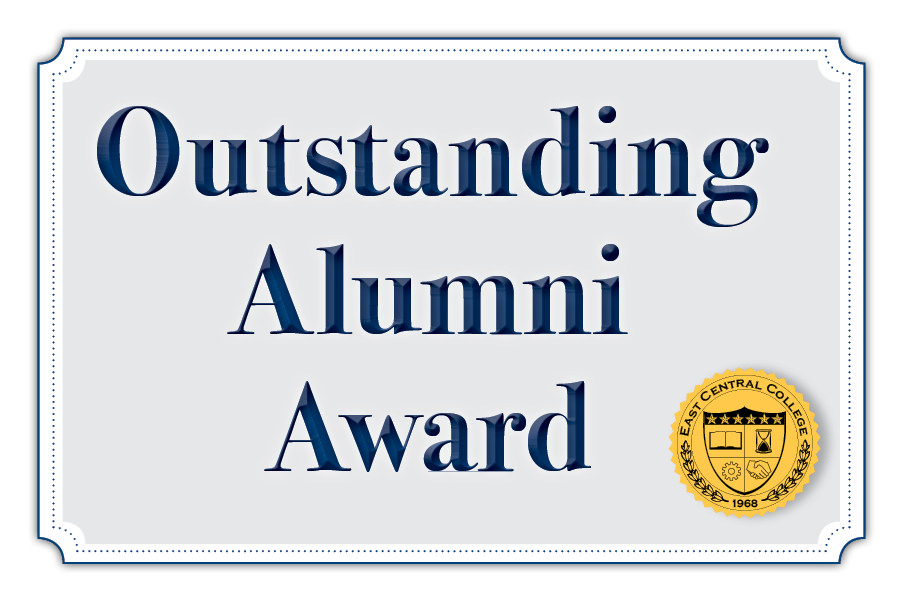 “Each year, thousands of students begin or continue their professional journey at ECC,” noted Shannon Grus who serves as executive director of the Foundation.  “Through March 31 we will accept nominations of former ECC students who have gone on to become leaders in their professions and positively impacted their community.”

To be considered for the Outstanding Alumni Award, nominees must have completed a college credit course at ECC at some point in their educational journey.  Attainment of a degree or certificate from ECC is preferred but not required.  Nominees must also be looked upon by their peers as leaders in their field, with a demonstrated commitment to community.   Residency within the college district is not required.  An explanation of 500 words or less as to why the person is worthy of consideration should accompany the nomination.  The nomination form can be accessed from the ECC Foundation webpage: www.eastcentral.edu/alumni.  Individuals can also email foundation@eastcentral.edu or call 636-584-6506 to request the form or more information.

Selection will be determined by a committee drawn from ECC alumni and the Foundation.  The 2016 award will be presented at East Central College commencement ceremony on the Union campus Saturday, May 14.