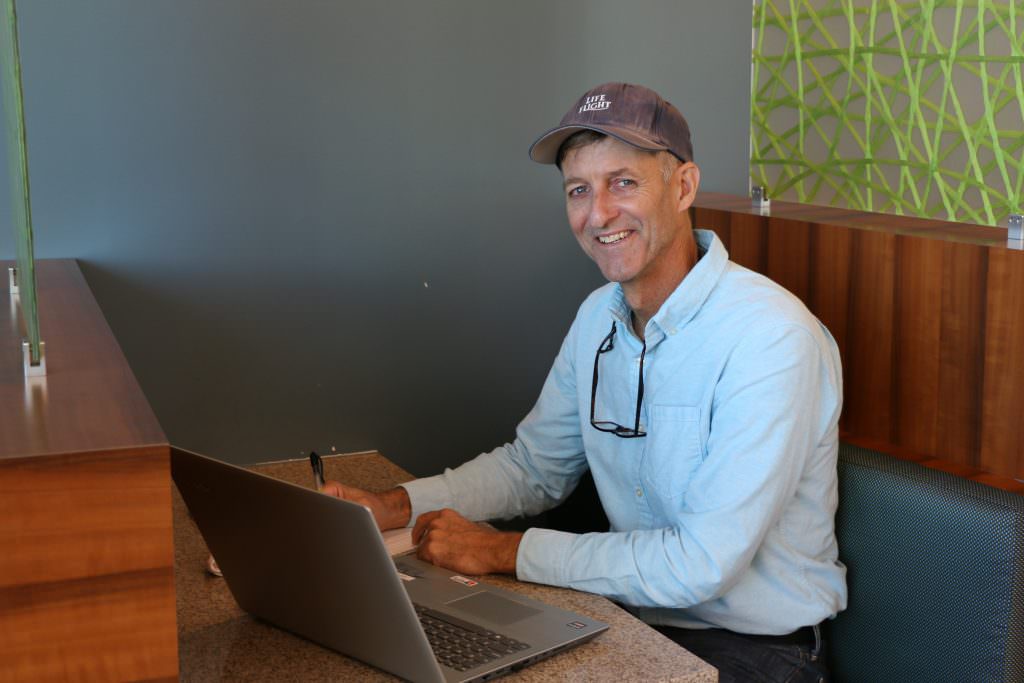 Matthew Soete has always been an educator, and now the 53-year-old’s second time around at East Central College is taking him toward a more traditional classroom.

Soete, of the Washington area, first attended ECC in 1984, fresh out of high school, as a biology major. He left to pursue additional education opportunities and then began a career in outdoor leadership education.

Now, 35 years later, he is back at ECC where he plans to finish his coursework on a path toward a new career.

Soete came back to ECC in the Spring 2019. He is set to graduate after this fall semester with an Associate of Arts in Teaching (AAT) degree. Then he plans to transfer to Central Methodist University or Missouri Baptist University to pursue a degree to teach middle school science or social studies.

In 1984, Soete was taking every science class he could take. But he remembers his other general education courses, including English composition with Dr. Bob Mahon, who is still teaching at the college.

“I still remember stuff that he taught,” Soete said. “It has really stuck with me.”

Soete left ECC in 1985 to pursue his passion for the sciences. He enrolled in a “Semester in the Rockies” through the National Outdoor Leadership School (NOLS) in Wyoming.

“I knew that I wanted an education outside the traditional classroom,” Soete said. “It was true adventure-based learning.”

Soete completed the NOLS course in 1985 earning 20 credit hours from the University of Utah through the “Semester in the Rockies” program — he also found an opportunity to build a career in outdoor education.

For 15 years, Soete worked in outdoor leadership education to teach school-aged children in the Metro St. Louis area. The students would canoe, climb, hike and participate in other leadership-building activities.

He later returned to NOLS for an instructor course that he completed in 1991.

According to Soete, there was a shift in education philosophies and school became more focused on test scores that outdoor education. As fewer organizations and districts opted for experimental education, and larger companies used the training less often, he realized that it was no longer a viable career.

In 1996, Soete married and became a stay-at-home dad for three children, but he would do the occasional corporate team-building job.

Once his children were all in grade school, Soete began another career — arbor care. Soete’s high-angle and rope training during his outdoor education career was essential when sawing limbs from trees, or cutting down a tall tree.

Soete worked in the arbor business for five years and was beginning the two-year process to train as an arborist. However, the arborist he had been working for closed his business, which helped steer Soete into returning to school. 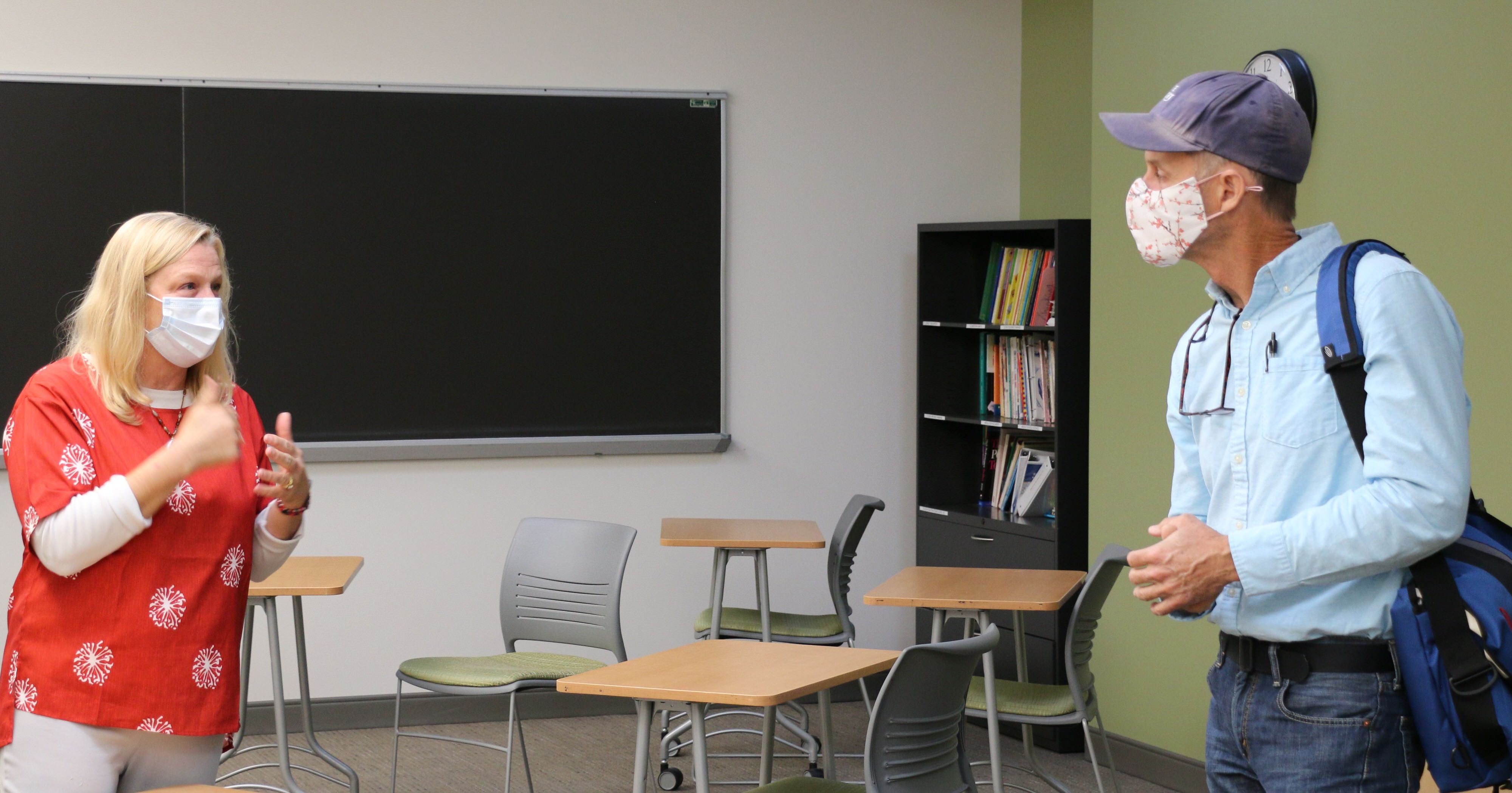 Soete spoke with Paul Lampe, ECC’s Vice President of Student Development, who advocated him to get back in the classroom at the college.

It was with Lampe’s assistance that Soete learned he could, “Pick up where he left off,” at ECC 35 years ago.

This time around, ECC is a family affair for Soete, whose son, Ethan, is also taking classes on campus.

“We mostly have different schedules, but I do see his friends from high school,” he added.

Ethan, who is studying engineering, is on a different path than his dad and plans to attend Missouri S&T when he leaves ECC.

According to Soete, ECC provided the best opportunity to continue his education because of the assistance he has had from advisors and because it is close to home.

“There is a lot of value in getting counsel early on,” he said. “And from an economic standpoint, it is great for any student to continue to live at home and take college courses.”

Ultimately, Soete would like to teach middle school-aged students, but more importantly, he wants to share his passion of science with students.

“I’d be happy to teach fourth grade,” he said. “Whatever I am qualified to do, because frankly, I don’t have that many years left to teach.”

Soete may not have been teaching inside a classroom for the past 25 years, but he has already been a teacher much of his life. And he is certain he wants to continue on that path.

“I have worked in a number of different areas and I don’t regret any of them,” Soete said. “It’s what I want to — I don’t have any doubts.”