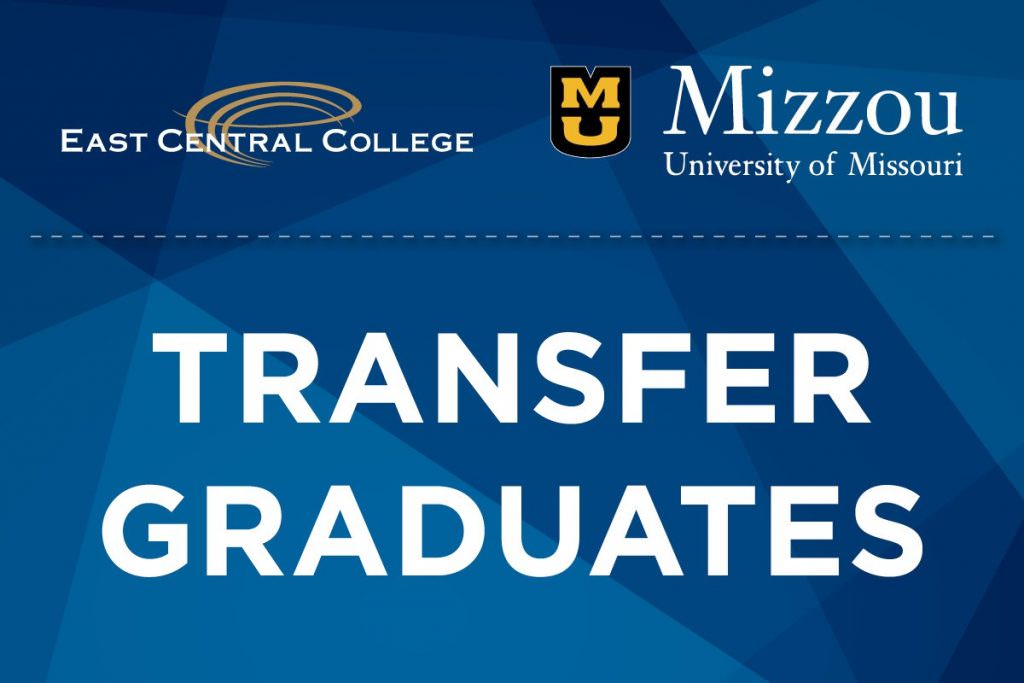 Ten University of Missouri-Columbia (MU) graduates who received bachelor’s degrees this May began their post-secondary education at East Central College.

Each year, many students who start their college education at ECC graduate from Mizzou, which demonstrates the successful partnership between the colleges.

“It is at your institution that these students prepared for the academic rigor of MU and for that we are most thankful,” Ramchand wrote.

Listed are the students followed by the degrees they earned:

ECC students transferring to Mizzou have been successful for many years.

“An effective partnership between our institutions reduces barriers, enhances readiness and provides a pathway for students to gain access to a four-year college experience and education,” Dr. Ramchand wrote. “The fact that these students succeeded and completed a bachelor’s degree reflects well on them and your institution.

“We look forward to being the four-year college destination for more East Central College students,” she added.