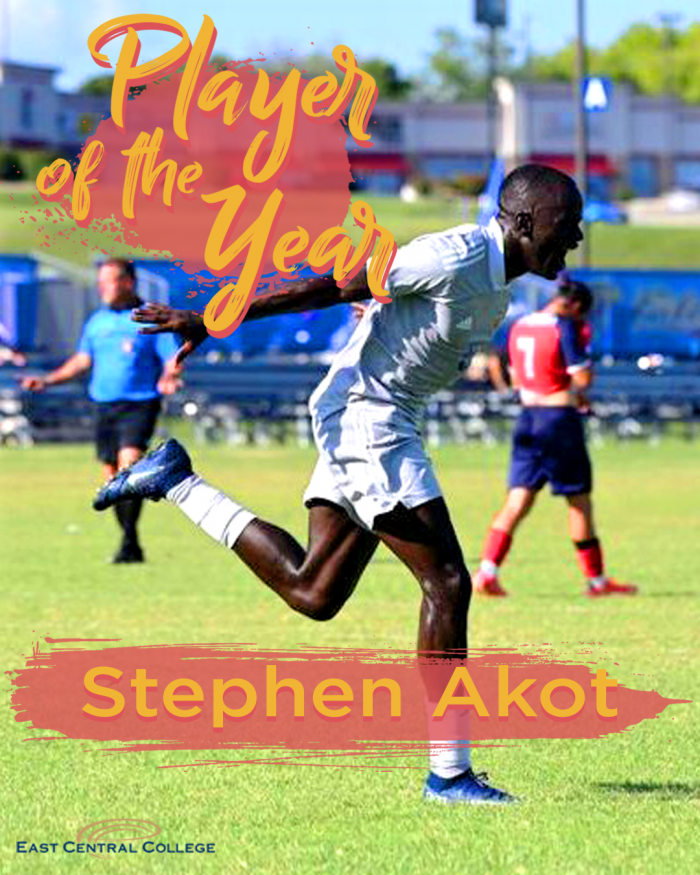 The award goes to the player receiving the most votes from the region coaches at the conclusion of the regular season.

Akot, a native of Dronten, Netherlands, is in his third season at ECC. Akot elected to stay one more semester before graduating this December because last year’s COVID-19 impacted season didn’t count against his eligibility, according to Dr. Jay Mehrhoff, ECC Athletic Director.

“His first sophomore year was hampered by an ankle injury and he felt he needed to stay at ECC to prove himself,” he said.

Akot has been a model student in the classroom, student worker and athlete during his tenure as a Falcon.

“He will be graduating with an associate degree and plans to either return to the Netherlands or find a job anywhere in the world,” Mehrhoff added. “He loves his home country, but Stephen is up to exploring more opportunities before he officially has to become an adult with a job.”

On top of his great digital social media work for the soccer team, he has his own fashion line called “Merch,” specializing in casual wear with a design flare as he makes specialty T-shirts and hoodies.

A very talented person, Akot hopes to combine his passions into a future profession in business and fashion.

Also, Akot’s 21 career goals tie him for ninth all-time in goals scored for a career in the ECC soccer record books.

Photo by Bill Battle, The Missourian