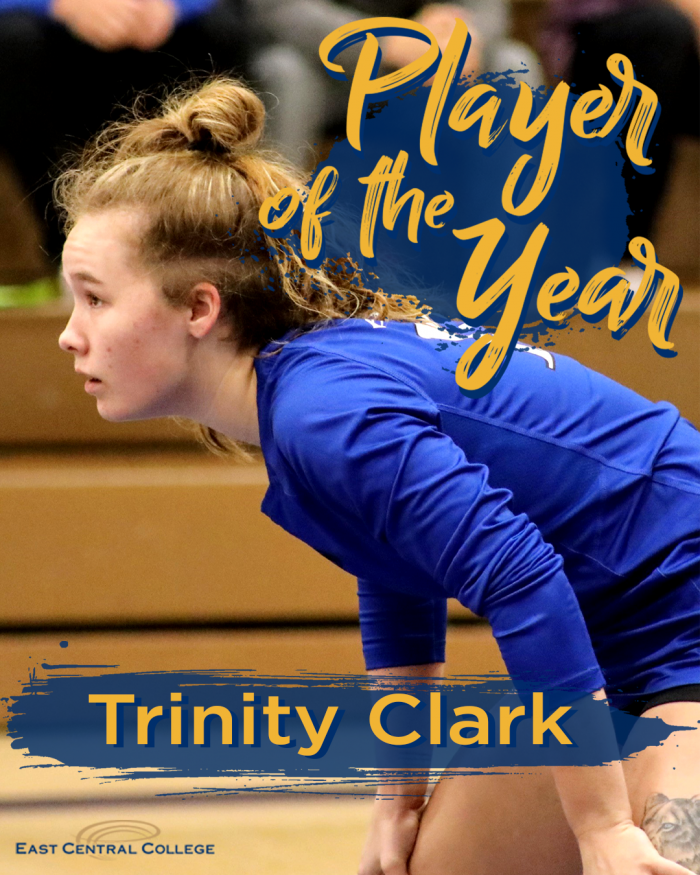 Clark helped her team win the region championship and she will continue her impressive defensive play Saturday, Nov. 6, at 3 p.m. at ECC when the Falcons play Kirkwood Community College, Cedar Rapids, Iowa, in the district championship.

The winner will go onto the NJCAA National Tournament.

“Some may think Trinity to be quiet off the court, but on the court, she commands a presence on defense side for ECC,” said Dr. Jay Mehrhoff, ECC athletic director.

He added that Clark has been a key player in back-to-back NJCAA Region 16 Championships for the Falcons, and she was a two-time First Team All-Region performer in the spring 2021, as well as this fall 2021 season.

“The stat lines for Clark at ECC were super impressive in that two-year span,” Mehrhoff said. “A shortened 2020-21, due to a Covid abbreviated season, had her numbers a little lower in the ECC record books compared to past players, but they still put her in the top 10 for a career in digs with 1,033 to date.”

Clark hopes to graduate this semester with her associate degree and move on to play at a four-year college somewhere in Missouri or close to the area.