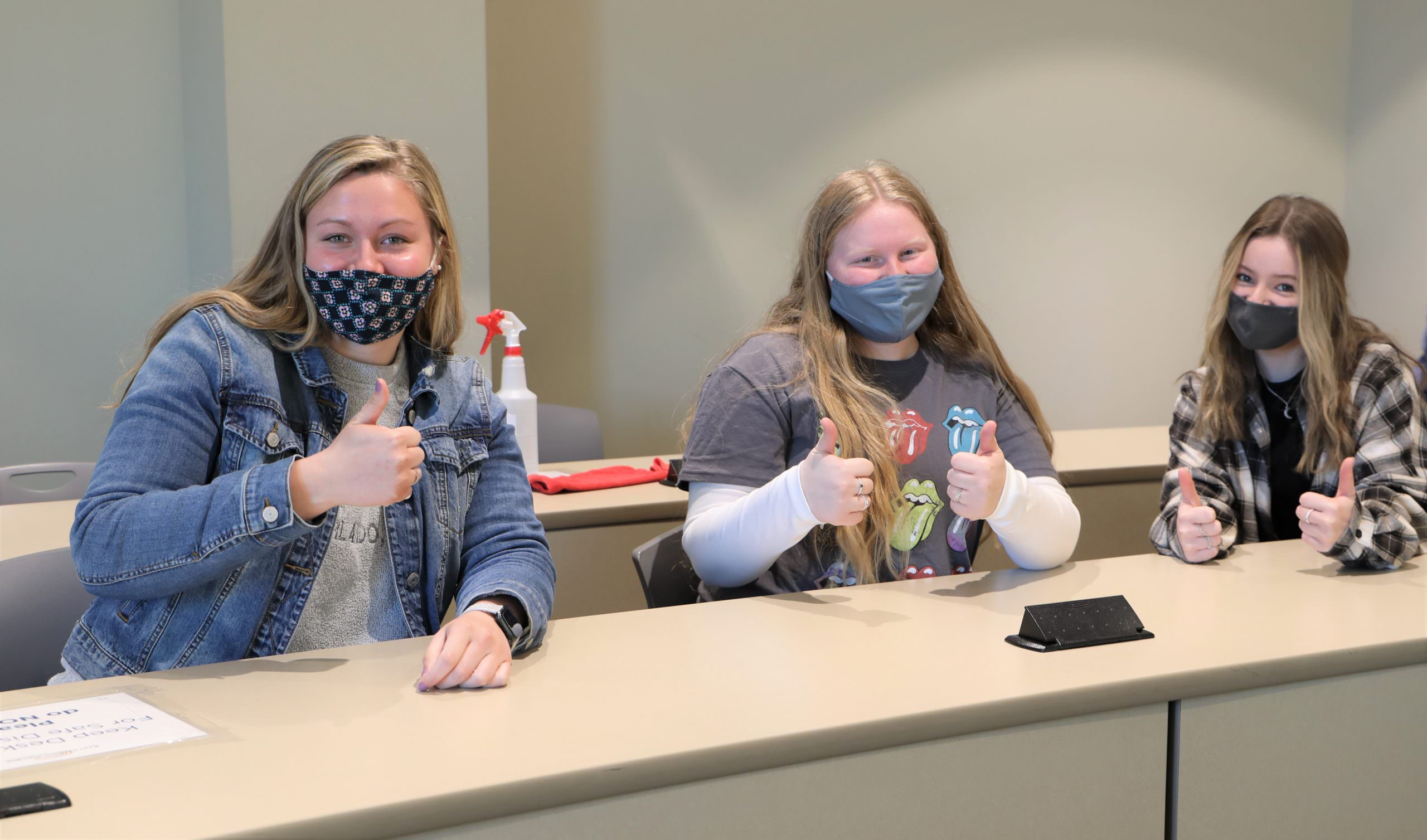 The Early College Academy (ECA) at East Central College has already been paying dividends for 11 students in the form of experience and earning college credit. 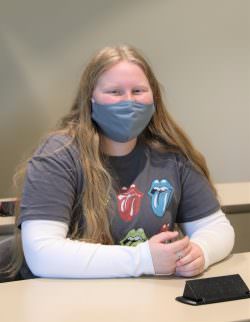 That’s according Cheyanna Bowen and Kevin Donovan, incoming seniors at Union High School, who wrapped up the inaugural year of the Academy in May.

“What I love most about ECA is the experience that I am getting with college, while still being able to be a high school student,” said Bowen.

“I personally like attending ECC and UHS because I’m able to be challenged better academically, but also maintain my high school experience,” she added.

Through the ECA, the students attended classes at UHS and on the ECC campus. The goal of the Academy is for these students to earn an Associate of Arts or Associate of Science degree, at the same time as their high school diploma.

“Not too many people can say that they graduated high school with an associate’s degree,” Donovan commented.  “I appreciate that I was given this opportunity, and this will allow me to earn my bachelor’s degree with two years already paid.”

Donovan said he is looking forward to the slate of classes he’s enrolled in for the upcoming academic year.

“I am excited to have one year down,” he said. “Next year, I get to have more flexibility with my course choices, and I am very excited to pick out some fun electives.”

For Donovan, the ECA is the best of both worlds, combining college credit while maintaining the high school experience.

“I applied to be in the UHS Leadership Class next year, and I was accepted,” he said. “I am looking forward to giving back to UHS and continuing to be involved.”

ECC Director of Early College Programs Megen Strubberg oversees the ECA and she has met regularly with the UHS students since they began attending ECC in August 2020.

“It has been amazing to watch this talented group of students learn and grow this past year — both academically and personally,” she said. “Their hard work is reflected in their grades and their reputation on campus for being some of the best students in the classroom.”

Markie Lampkin, UHS associate principal over sophomores and juniors, has collaborated with Strubberg in spearheading the inaugural year of the ECA.

“Overwhelmingly, it has been meaningful and impactful for the students,” Lampkin said.

The success of the ECA is even more evident considering two more school districts — Washington and St. Clair — will join the ranks of the ECA next year.

“The ripple effect that it has had on area schools clearly demonstrates the success and positivity of the rollout at Union High School.,” Lampkin said.

“Other schools want that experience for their students,” she added. “That’s humbling, exciting and shows the unity that many Franklin County schools have in the investment in our kids and their futures.”

Strubberg noted that Lampkin has been an ambassador to the program when speaking with administrators of other school districts.

But it isn’t just Strubberg and Lampkin spreading the message about the Academy — the students enrolled in ECA also are sharing their stories.

According to Strubberg, seven ECA students have talked with prospective students at UHS, encouraging them to take part in the Academy. Additionally, six students participated in a project to provide feedback on the ECA to college faculty.

Four more students, Sarah Harris, Sage Sparkman, Kevin Donovan and Jessica Stallman, finished the year with a GPA between 3.5 and 3.84, landing them on the Vice President’s List.

In addition, Harris is in the process of being hired as a supplemental instruction tutor in chemistry by The Learning Center at ECC, and she and Krull have been tutoring other students on their own time.