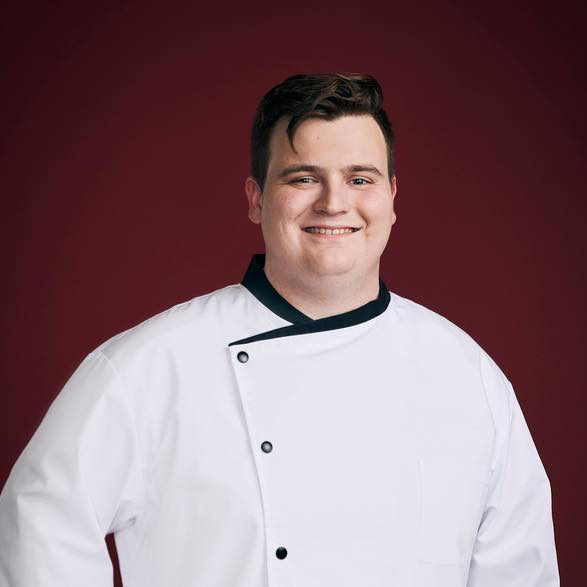 Palazzola remembers Garvey as a student who had the makings of a great chef.

“Trenton always showed a willingness to fail and to learn from it,” he said. “That is what it takes to be a chef — you’ve got to have thick skin.”

“You have to be humble enough to adjust if something is not right, and as they say on “Hell’s Kitchen,” ‘Bounce back,’ “ Palazzola added.

ECC offers a one-year certificate of specialization and a two-year Associate of Applied Science (AAS) in Culinary Arts degree.

Before attending ECC, Garvey graduated from Union High School in 2013.

He has been working at the Blue Duck in Maplewood for the past three years where he is the executive chef.

As the winner of this season of Hell’s Kitchen, Garvey receives a $250,000 prize and the head chef position at the Gordon Ramsay Steak Las Vegas restaurant.

In addition, he will be mentored by Chef Ramsay.

Winning wasn’t Garvey’s only cause for celebration Monday night. He also got engaged to his longtime girlfriend Macee Jarvis, of Union. He proposed to her on national television after he was announced the winner of the competition.