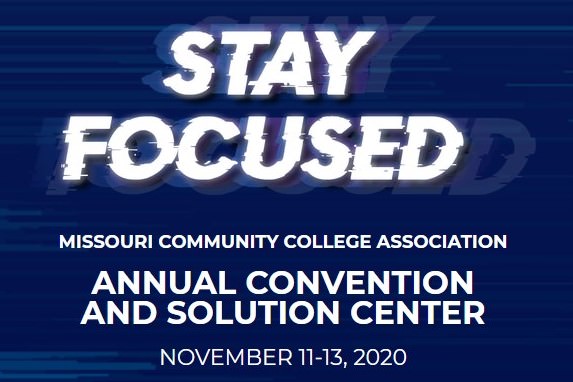 East Central College had a strong representation in the awards portion of the Missouri Community College Association (MCCA) annual convention.

In addition, Mercy Hospital Washington was recognized with the Distinguished Business/Industry Award. The hospital was nominated by ECC as an outstanding example of a corporation on a regional stage while providing outstanding local community leadership.

State Sen. Dave Schatz, who represents the district where ECC is located, was also recognized by the MCCA as a Distinguished Legislator.

Hartley has served on the ECC Board of Trustees since 2012. She is actively engaged with the work of the college and serves as board liaison on the Strategic Planning Committee and the Higher Learning Commission (HLC) Advisory Committee.

Hartley has worked with the college president to develop a formal orientation process for new board members, and she has developed an evaluation instrument and process that enables the board to collectively participate in the annual evaluation of the president.

“Ann embraces the community college mission, understands the important role of the board in the effective governance of the college, and works devotedly as an ambassador of East Central,” said Dr. Jon Bauer, ECC president.

Schowe graduated from ECC in 1977 and transferred to Central Missouri State University where she received her bachelor’s degree in public relations in 1979.

She returned to ECC and worked in many areas of the college over the next 36 years. She retired in 2016 as the as the director of public relations.

Schowe is a quintessential college ambassador and a tireless advocate for East Central. She has spent a lifetime and career championing her alma mater, contributing to the community, and serving as the quintessential living example of the community college mission.

Mercy Hospital is committed to quality health care for its service area of more than 150,000 residents. More than 800 employees and 233 physicians serve the Washington hospital.

For over thirty years, Mercy Hospital Washington has supported health care programming at ECC, including sharing qualified staff to serve as adjunct faculty.

While President and CEO Eric Eoloff and his leadership team have led the hospital, ECC has expanded the scope of support and partnerships through the shared common vision of the college and hospital for healthcare in the community.

Bellville has held the position of Classified Staff Association (CSA) President for the past eight years, and she has been an exceptional leader in that role.

She encourages CSA members to attend MCCA events and webinars. Bellville is an ECC Patrons of the Art member and actively contributes on college-wide committees, including the Higher Learning Commission Task Force.

Her dedication to the faculty, staff and students’ needs inspires others to commit to ECC’s mission of empowering students and enriching communities through education.

Stroup began his full-time teaching career at ECC in 2007.  Prior to that, he was an adjunct instructor for many years.

He has played major roles in the ECC International Festival and the college Humanities Festival. Stroup sponsors the ECC Lit Review Club and encourages hundreds of students to develop their creative abilities. He is larger than life in the classroom, pushing students to think deeply and creatively.

Stroup also built the technical writing program at ECC from scratch and ran the program for years.

Parsons has been an adjunct history instructor at ECC since 2007. He is excited about history and works diligently to instill that excitement in his students. His boisterous, enthusiastic voice can be heard halfway across campus as he teaches his classes.

Parsons’ lectures are packed with movie, music and video clips that give students every opportunity to make a connection to the material being taught. He provides vivid classroom discussions, and encourages and celebrates every individual student voice.

The ECC Nursing faculty received the Mel Aytes Faculty Innovation Award for encouraging educators to develop new and innovative ways to get more qualified nursing graduates into the workforce.

Director of Nursing Nancy Mitchell, and Nursing Program Coordinators Laura McDonald and Judy Bieker developed the “Earn While You Learn to be an RN” pilot program to facilitate learning for nursing students which acclimates them to the healthcare environment while earning a salary.

This pilot project was approved by the Missouri State Board of nursing and it has paved the way for replication at other community colleges.

ECC Associate Registrar Laura Deason started her employment ECC as a student worker in the library. She graduated from ECC in 1989.

She began her vocational career at East Central in 1994. Deason has been a GED instructor, a test proctor, a tutor, an adjunct developmental mathematics instructor and an academic advisor.

Throughout her career, she has selflessly worked to support others as they pursue their goals in higher education. She does not seek recognition for herself; she is always first to celebrate a student’s accomplishment.

Deason inspires excellence both in students and in everyone who works alongside her.