Hyatt, ECC Student Government Association vice president, was a recipient of an MCCA Student Leadership Award. These awards are presented annually to one exceptional leader from each community college. 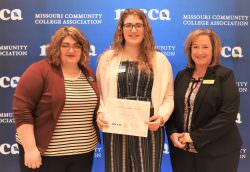 Bell also was recognized as a Phi Theta Kappa Coca-Cola Scholar, a distinction only given to students with the top 150 scores from across the country. Bell was a Bronze Scholar, and she received a $1,000 scholarship. 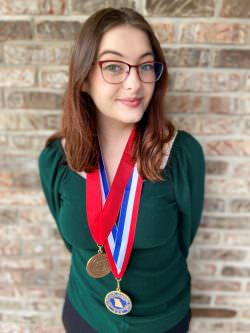 Each of the students receives a cash scholarship from MCCA along with a medallion and certificate honoring their academic achievement.

There are two “competition” levels, one for transfer-track students and one for students who are in workforce preparation programs (AAS and certificate-level programs).  ECC is allowed to nominate up to two students for each pathway from both Union and Rolla.

To be eligible, students must have a minimum 3.5 GPA and be on track to graduate or complete their programs by the end of the fall semester. Students also are required to submit a lengthy application that involves writing essays and getting letters of recommendation to support their applications. 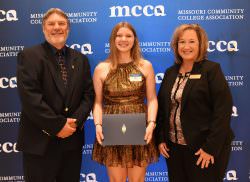 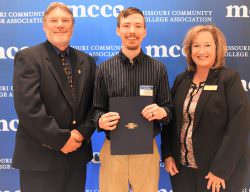