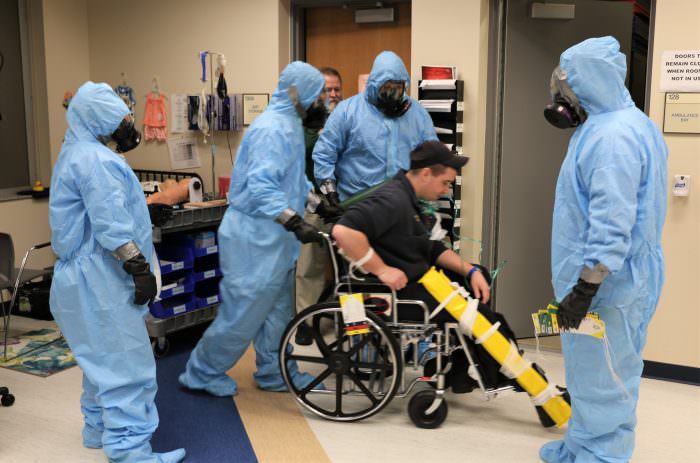 Three longtime members of the East Central College EMS Advisory Board, with more than a century of combined experience in ambulatory services, recently stepped down from their volunteer posts.

Terry Buddemeyer, Ken Koch, and Tom Neurnberger attended their final EMS Advisory Board meeting late last year. Each of the three men have close ties to the college as either faculty members, students, or both.

Fitts added that Koch was the first full-time faculty member at ECC in the early 1980s, and Buddemeyer was in the first paramedic class taught at the College.

“All three of these men have been involved with the college in various capacities over the years,” Fitts said. “They have well over 100 years’ of combined service to the EMS community.”

Buddemeyer has been on the ECC EMS Advisory since its inception about 40 years ago.  Neurnberger served on the Board for nearly 13 years and Koch served for about three years.

Koch has 45 years of experience as a first responder. From 1985-1993, he was the primary EMT and paramedic instructor at ECC.

Koch also was a student at ECC, where he received his EMT training. He did ride-alongs with the Union Ambulance in the early 1980s while training at ECC, and then he got his paramedic license in 1983 and was hired by the Warren County Ambulance District.

“I was pleased to be able to serve on the board,” he said. “It was beneficial to have people in the field look at the program to make sure it was meeting the needs of the community.” 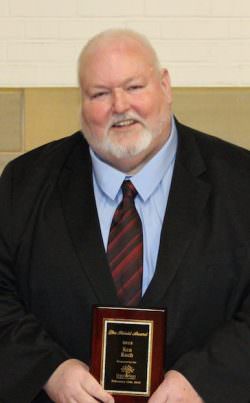 Koch worked with both the Marthasville Fire Department and the Warren County Ambulance District while he was an instructor at ECC.

He also worked for Mercy Hospital Washington during that time because the emergency room was short of registered nurses. Koch would help with the caring and treatment of ER patients.

He came back to the Union Ambulance District in 2013 to serve as the administrator/chief. He retired from the district in 2019.

Koch said the ECC EMS program is essential to maintaining high-quality ambulance districts in the area.

“It is essential to the community,” he commented. “If an area does not have a great EMS program, the entire region suffers.”

He added that ECC’s program is held in very high regard amongst local ambulance district leaders.

“Several chiefs say when they look to make a hire, they look first at ECC,” Koch said. “They can trust that the students are well-prepared.”

Neurnberger has worked in the ambulatory field since the 1970s. In fact, he first attended EMT classes at ECC while a senior in high school in 1976.

That same year, he went to St. Louis University for the paramedic program and became licensed in December 1976.

In 1979, ECC sent Neurnberger and Buddemeyer to the University of Missouri-St. Louis to train at the State EMS Instructor’s Program.

Neurnberger became an instructor at ECC in 1979. He later became the assistant coordinator for the program. He held that position until 1985.

“I have taught a lot of EMS students over the years,” he said.

Neurnberger explained that today things are different in the ambulance field, and for EMS education. He noted that in the 1980s and into the 1990s classes were full.

“We had to turn people away,” he said. “Times have changed.”

Neurnberger was an employee with the Union Ambulance District, from 1976-1985, and then was a volunteer from 1985-1996. He also was a firefighter with the City of Richmond Heights Fire Department from 1985-2015.

Neurnberger worked at Mercy Hospital Washington from 1988-2001 as a paramedic in the emergency department, and from 2001 to 2020 as the EMS coordinator.

In January, Buddemeyer retired from the Washington Area Ambulance District where he served for 48 years, including many years as chief. 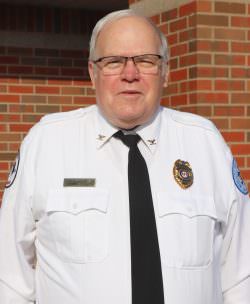 He was in the first paramedic class taught at ECC and later became an adjunct and refresher course instructor.

Buddemeyer began his career in 1973 as a volunteer in the Washington Ambulance Service. He was hired in 1978.

According to Buddemeyer, the purpose of the EMS oversight board is to maker sure the courses are taught to the level expected by the community. He added a primary change over the years has been technology.

“Newer software and testing prep have really benefited the students,” he said.

Buddemeyer also stated that initially, students took the courses to work part-time in the industry.

“Then students started to make a career out of it,” he said. “It became necessary to change the setup.”

The EMS Advisory Board oversees the ECC Paramedic Technology program and courses, which is part of the ECC Allied Health Division. Learn more about the program here.