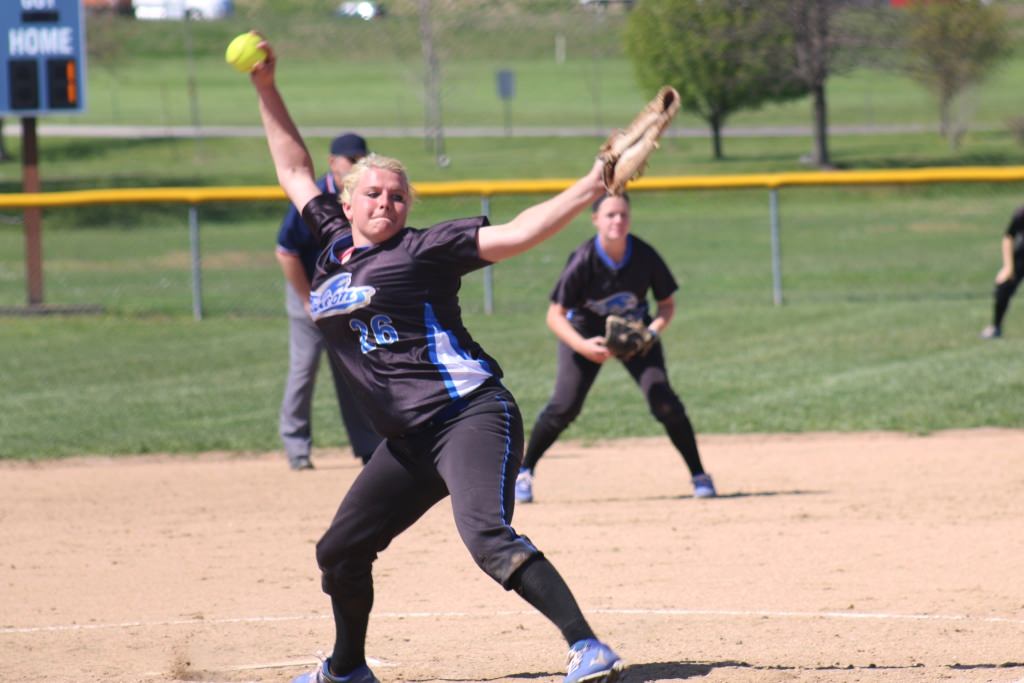 The softball season ended Saturday (May 7) when the  Falcons fell to St. Louis Community College 9-1 in the Region 16 tournament at ECC.  The teams were playing for a chance to advance to the tourney championship to face Mineral Area College.

The Lady Cardinals from Mineral Area defeated St. Louis 4-1 in the championship game to claim the Region 16 crown. They will host Heartland College (Ill.) in a best-of-three district playoff series beginning Friday (May 13).  The winner advances to the NJCAA national tournament in Mississippi later this month.

The Falcons started the tournament Friday afternoon in fine fashion against the SLCC Archers.  They provided pitcher Shelby Friend with the early 6-1 lead, but St. Louis battled back to make it 6-4 heading to the bottom of the fifth inning.  ECC had the bases loaded in the bottom of that inning, but could only push one run across the plate.   The score was knotted at 8-8 after seven innings. The Archers scored again in the eighth and held on for the 9-8 win.

Coach Brad Wallach’s team had to turn around and face Cottey College.  Behind the pitching of Eden Henry the Falcons cruised to a 8-1 win and the opportunity to play again on Saturday.